Gather your girlfriends, pour some champagne and kick back to these tunes. 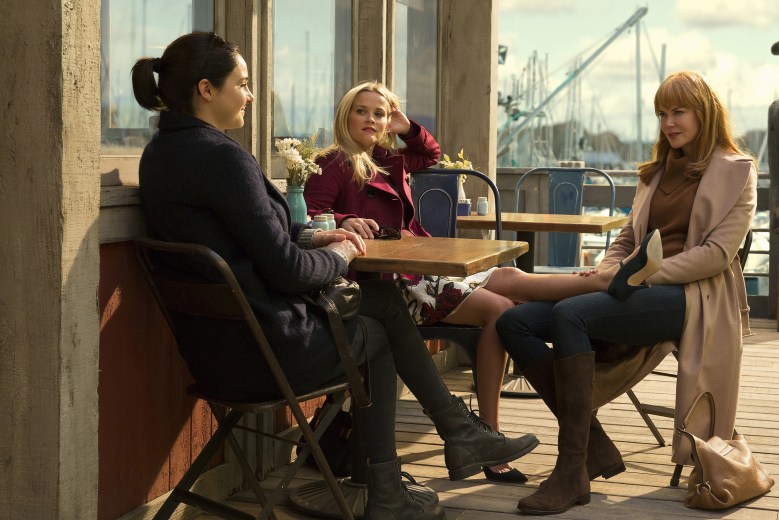 Excited for the finale of “Big Little Lies” on Sunday? Here’s one more thing to get you in the mood.

Listen to the Spotify playlist below for the songs heard on HBO’s addictive mystery series. Put these tracks on to immediately evoke the feel of living in Monterey, where looking at the ocean is a way of life. Shouldn’t we all have the privilege of chilling with our girlfriends at a seaside cafe while indulging in champagne and possibly a muffin?

READ MORE: ‘Big Little Lies’: Shailene Woodley on American Repression, Violence and Why ‘Every Parent Is Afraid of Their Kid’

On the series, Reese Witherspoon plays busybody mother Madeline, who welcomes newcomer Jane Chapman (Shailene Woodley) to the seaside town of Monterey, California. Together with Celeste (Nicole Kidman), they form a tight group of friends who must deal with the drama at their kids’ school, their marriages and ultimately the death of one of their own. As the events leading up to the night of the murder are unfolded, we realize that almost every has a motive to kill or be killed.

As the series’ opening theme song, Michael Kiwanuka’s “Cold Little Heart” brings out the show’s soulful tone. Reflection and secrets are the name of the game with the other soulful tracks such as Irma Thomas’ “Straight From the Heart,” Otis Redding’s “That’s How Strong My Love Is” and Charles Bradley’s “Heartaches and Pain.”

You can also listen to lots of Elvis Presley, thanks to the multiple times we see the men of Monterey practicing for the Audrey & Elvis trivia night. The playlist also includes Martha Wainwright’s “Bloody Mother Fucking Asshole,” Sufjan Stevens’ “Casimir Pulaski Day,” Fleetwood Mac’s “Dreams” (as heard on the way to Disney on Ice), Sade, Frank Ocean, The Flaming Lips and more.

Check out the playlist below:

“Big Little Lies” airs its finale on Sunday at 9 p.m. on HBO.

This Article is related to: Television and tagged Big Little Lies, HBO, Music