A golden example of what happens when a coming-of-age story shares the same insecurities as its lead character. 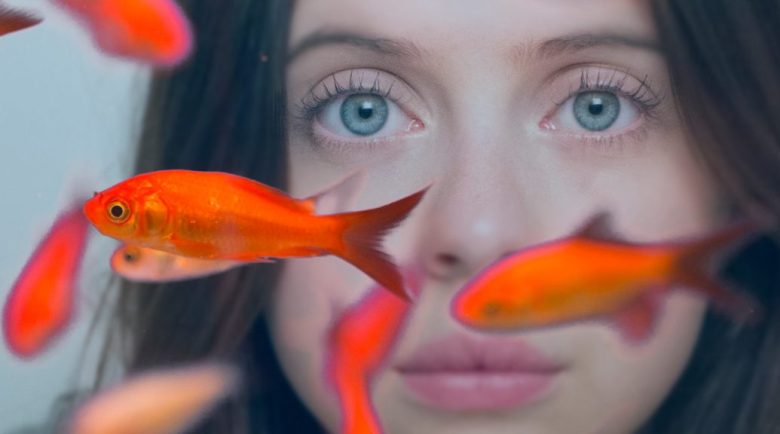 The only remotely unpredictable thing about “Carrie Pilby,” a bland romantic drama that wastes and waters down the abundant charisma of its young star (“Diary of a Teenage Girl” breakout Bel Powley), is that it suffers from the exact same problem that turned last week’s “Power Rangers” into such a lifeless bore: By trying to provide a little something for everyone, it ultimately offers precious little to anyone. From low-budget stories of sex in the city to blockbuster reboots about teens who overcome their sexting scandals by fighting giant alien monsters made of liquid gold, it seems that even the most outwardly dissimilar of movies are united by their shared compulsion to sacrifice insight at the altar of accessibility (union agreements come and go, but mediocrity is forever).

But even that fatal flaw could be seen coming a mile away, especially by those who were already familiar with the Caren Lissner novel that inspired this disappointing new film. First published in 2003, when the well-received debut was positioned to take advantage of the “chick-lit” craze sparked by novels like “Bridget Jones’ Diary,” the book was yanked from the shelves in 2009, and then reintroduced to the market a year later through a YA imprint that targets a younger crowd. Maybe it was aspirational reading for one generation of readers and comfort reading for another, or maybe this marketing strategy was making the best of a story that fell into the same purgatorial void between adolescence and adulthood that ensnares its eponymous heroine. Whatever the case, this flimsy and frustratingly inauthentic adaptation is a golden example of what happens when a coming-of-age story shares the same insecurities as its lead character.

We’re introduced to Carrie as she’s slouched on a chair in her psychiatrist’s office and casually telling us how brilliant she is — this movie is 98 minutes long, and roughly half of its running time feels devoted to expository dialogue about its namesake’s precocious genius. A rich British girl with a trust fund as big as her brain, Carrie wrote “several strongly worded letters to an oil company” when she was six, she went to Harvard when she was 14, she prefers physical media to Netflix… she’s so smart, she even lost her virginity to a professor! (an ill-fated affair that plays out across a series of lugubrious flashbacks). But while Carrie’s intelligence allows her to read and reference all sorts of heavy books, it’s as much of a curse as it is a blessing. Skipping grades sounds fun when you’re in elementary school, but those missed years can catch up with you real fast; cut off from kids her age, but unprepared to live as an adult in New York City, she’s completely out of sync with the rest of the world.

But her shrink (Nathan Lane) is going to fix that, he’s going to turn this 19-year-old grouch into a well-adjusted millennial. So, as a feeble plot device that the movie ignores whenever possible, he gives Carrie a list of tasks that might take her out of her shell. “Get a job.” “Make a friend.” “Go on a date with Jason Ritter” (great in an unflattering role). “Try to distract viewers from the overwhelmingly obvious fact that you’re going to end up with the handsome neighbor (William Moseley) who exists for no other reason than to be the nice guy who’s been right in front of you the whole time.” …He’s quite a perceptive therapist, really. Unfolding like an ABC Family movie that’s been graced with an unusually strong cast, “Carrie Pilby” bumbles its way towards personal growth with very little sense of self. Kara Holden’s screenplay may be thwarted by the source material, but it seldom manages to coalesce its heroine’s scattered mind — like Carrie herself, the film is heavy on banter but light on wit, and never seems to know where it’s going or why (subplots spiral in every direction and then die as abruptly as the pet Goldfish that Carrie names after Katherine Hepburn).

Directed by Susan Johnson, an accomplished producer whose directorial debut tries to keep things simple, the movie feels as though it’s constantly course-correcting; it’s one thing for Carrie to retreat towards childlike behavior whenever her romanticized sex history get a little too intense, but her story feels like an episode of “Girls” one minute, and an Amanda Bynes movie the next (try as she might to split the difference, Powley’s previous work never lets us lose sight of how well this needle can be thread in the right hands). The tawdry bits between Carrie and her academic ex play like childhood fantasies more than flashbacks, and while it’s tempting to rationalize these scenes as a story of corrupted innocence, the Hallmark chintziness of her new crush makes it really hard to see the film for its intentions.

Still, to its credit, the part where Carrie’s professor mansplains wine to her nails that quintessential teenage thing when being treated like an adult can make you feel like a baby, and Johnson finds her footing during the more grown-up scenes between Powley and Ritter, whose awkward dates result in the movie’s most nuanced moments of immaturity. But “Carrie Pilby” isn’t able to manufacture the same clarity for itself that it forces upon its title character; we’re told she’s growing up, but it feels like she’s just getting older.

“Carrie Pilby” opens in theaters on March 31st, and on VOD on April 4.

This Article is related to: Film and tagged Bel Powley, Reviews