Here comes the first looks at the movies of 2017, including new work from Christopher Nolan, Sofia Coppola, DC Comics, and maybe "Star Wars."

By Anne Thompson and Graham Winfrey 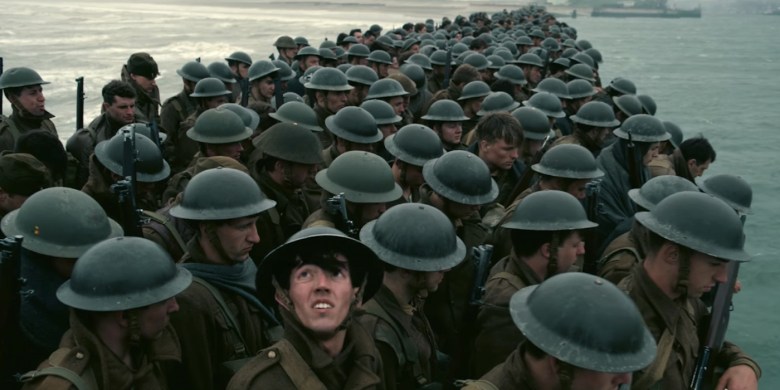 Back in the day, when CinemaCon still was known as ShoWest, Adam Sandler was the conference’s standard bearer for A-list celebrity. In 1999, he won Comedy Star of the Year (for “The Waterboy”); in 2003, he received the conference’s Male Star of the Year (for “Punch-Drunk Love”). His popularity persisted once the conference was rebranded: In 2013, he took the stage on a chariot to promote “Grown Ups 2,” and won the Star award again in 2014 (“Blended”). Don’t expect to see him this year; he’s just signed his second four-picture deal with Netflix. However, the show that once helped define his career goes on.

CinemaCon hosts about 5,000 NATO exhibitors, studio chiefs and marketing staff, independent producers and distributors, concessionaires, agents, and press. When they’re not engaged in the battle over who owns the moviegoing audience, they expect the rituals to remain the same: Major studios present show reels, sneak-peek screenings, and their stars. This dog-and-pony show is key to selling movies to exhibitors, and to building careers.

READ MORE: CinemaCon 2017: The Industry is Set To Brawl Over the Netflix Effect and Home-Release Windows

Here’s a breakdown of the studio presentations by day, along with some highlights of what — and who — we expect to see. Michael Fassbender and the rest of the “Alien: Covenant” crew

This Article is related to: Film and tagged CinemaCon, Dunkirk, The Beguiled