The bone he's trying to eat has a mind of its own, however. 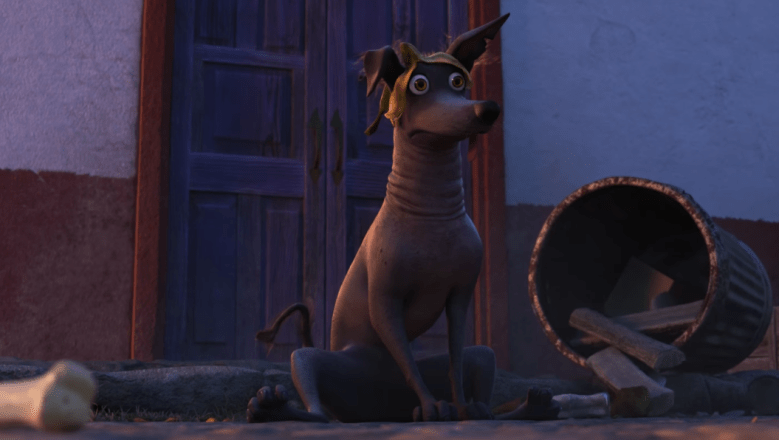 “Coco” won’t be released until Thanksgiving, but Pixar has just released a new short accompanying its first non-sequel since “The Good Dinosaur” to whet viewers’ appetites. “Dante’s Lunch” introduces us to the hairless doggo who serves as the best friend of Miguel (Anthony Gonzalez) in the upcoming feature, a musical journey through the Land of the Dead. Watch the two-minute short below.

After coming across what’s surely a rather appetizing bone, our canine hero is naturally intrigued — what red-blooded pooch wouldn’t be? This would-be meal appears to have a mind of its own, however, and once Dante latches onto it he finds himself being pulled all across his village until eventually meeting the skeleton said bone belongs to. (If internet scuttlebutt is to be believed, this may be Gael García Bernal’s Hector.)

“Toy Story 3” helmer Lee Unkrich directed “Coco” alongside Adrian Molina, who also wrote the screenplay; in addition to Gonzalez and Bernal, Benjamin Bratt, Renée Victor and Ana Ofelia Murguia are among the voice actors. Disney will release the film on November 22.

This Article is related to: Film and tagged Coco, Pixar