The Blu-ray release of Marvel's "Doctor Strange" reveals the VFX Sorcery in the bonus features. 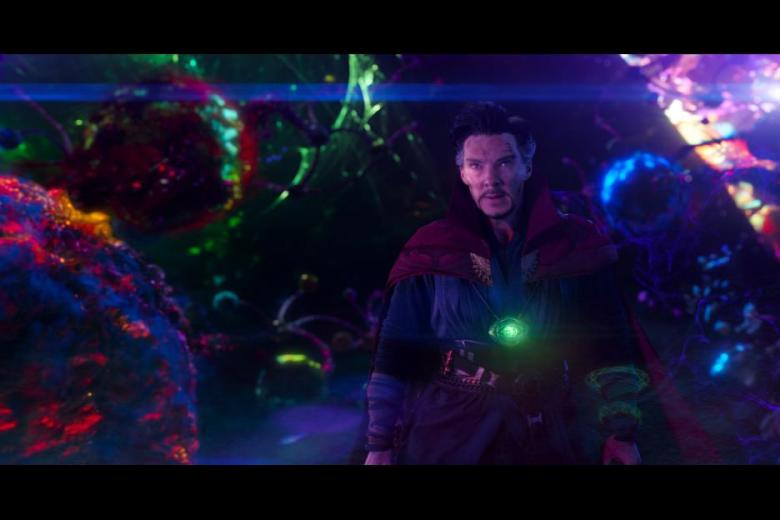 The greatest achievement of “Doctor Strange” (nominated for the VFX Oscar) was adding mysticism to the Marvel Cinematic Universe (MCU), which is emphasized in the bonus features of the Blu-ray release.

Not surprisingly, that was the biggest draw for director Scott Derrickson and co-stars Benedict Cumberbatch and Tida Swinton. But how to bring mysticism into the 21st century? Thematically, the director wanted to personalize the arrogant neurosurgeon’s comeuppance by making it a story about overcoming trauma, and visually, he wanted to incorporate the psychedelic look of Steve Ditko’s iconic comic book drawings.

But he couldn’t have done it without the latest VFX sorcery, which we learn more about via special Blu-ray features “A Strange Transformation” and “Across Time and Space.”

But, of course, Industrial Light & Magic went further on the New York sequence with the introduction of mass duplication never before witnessed on such a complex scale. Think of it as a surreal cat-and-mouse chase where the fractal environment serves as the mousetrap. And you can better appreciate the choreographed chaos watching Cumberbatch flailing up and down on wires in front of a green screen alongside the brilliant twisting and turning of the city.

Method Studios created the 2 ½ minute “Magical Mystery Tour,” the psychedelic sequence inspired by artist Ditko, in which Strange is hurled into the multiverse by The Ancient One. Pre-visualized by The Third Floor, the sequence seamlessly integrated Cumberbatch’s practical performance, a motion control stunt rig, and a detailed digital double.

Framestore, meanwhile, did the astral projection effects, including high-resolution digital doubles of the cast. But the hardest part was doing Strange’s astral push, which were achieved through different frame rates and high speeds.

As Victoria Alonso (Marvel’s EVP) explained, you had to believe a ghostly experience without it appearing ghostly.

And Marvel has stepped up its game by now combining urban, cosmic, and supernatural elements to the MCU.

This Article is related to: Film and tagged Below The Line, Blu-ray/DVD, Doctor Strange, Marvel, VFX