David Benioff and Dan Weiss hint at why it's good to be a Lannister, and say they won't play a role in any spin-off series. 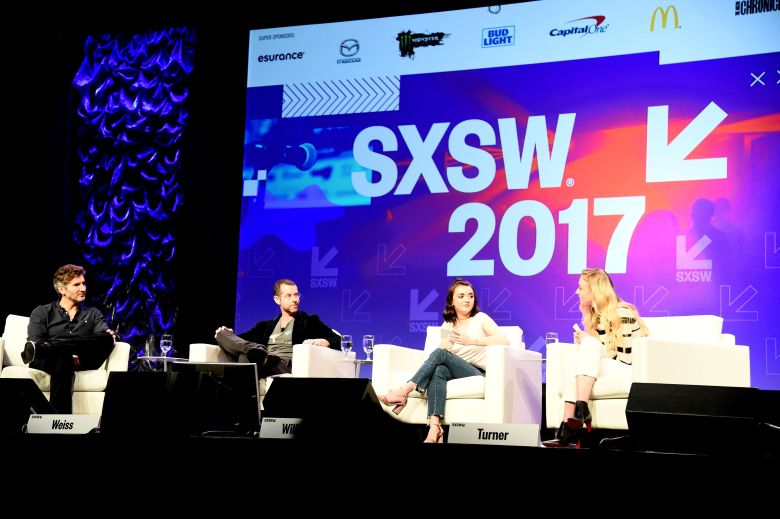 Maisie Williams and Sophie Turner may not have a future as moderators, but they were asking the tough questions during the “Game of Thrones” SXSW panel Sunday afternoon. The two actors were on hand to lead a discussion with showrunners David Benioff and Dan Weiss, tackling everything from Season 1 to the final six episodes.

But it was an innocent inquiry that produced one of the most surprising admissions of the hour-long conversation. They asked which “Game of Thrones” family best represented each of the creators, and, at first, Benioff and Weiss played coy, saying they didn’t want to pick the Starks because it was too “obvious.” They eventually said they’d be the Lannisters, and Turner pushed back.

There was a brief pause as the crowd buzzed, and then Turner asked, “Is that a spoiler?” Weiss responded by putting his hand over his mouth, in mock terror.

READ MORE: Nick Offerman on Why Ron Swanson Would Never Vote for Donald Trump: ‘Ron is a Good Person’ — SXSW 2017

To provide proper context, the rest of the panel was filled with deflective banter. Weiss and Benioff were quick to pass questions back to their moderators or answer pressing queries with jokes. Weiss’ response regarding which family wins at the end of the story was so quick and off-the-cuff it could have been a legitimate slip. But only time will tell.

Though details were few and far between, the showrunners did reveal that the outline for Season 8 is 140 pages long and will cover six episodes (confirming earlier reports). The final season premiere will be written by David Hill and the showrunners will pen the final four episodes themselves.

The group briefly considered telling everyone what the ending was, joking that they could save a lot of money and time by doing so.

“Should we just tell everybody now what the ending is? It’s a lot of work to shoot these things. It’s like 300 shooting days,” Weiss said.

Despite agreeing to split the production budget amongst the four of them, no ending was provided (no surprise there!).

Season 7 will consist of seven episodes, and was shot in Northern Ireland, Spain, Iceland, Canada, and “one day in Croatia,” Benioff said. They had four units shooting at once during the production and three visual effects units working simultaneously for two months.

Benioff also commented on the potential spin-offs for “Game of Thrones,” saying it was unlikely they would ever return to Westeros.

“I think we should all go do different things,” Benioff said. “There’s always going to be an urge to keep doing it — to do the spin-off show or the sequel show — and I think HBO might end up doing one, but I think it’s better to get new blood in.”

So what will the writing duo do when “Game of Thrones” ends?

“We’ve discussed things, but honestly this show is a 24/7 job,” Weiss said, adding they would figure it out once they got through the final season.

IndieWire will be reporting live from Austin throughout the 2017 SXSW Festival. Keep checking in for updates, and take a look at all our reviews, interviews, and panel coverage here.

This Article is related to: Television and tagged D.B. Weiss, David Benioff, Game of Thrones, SXSW 2017