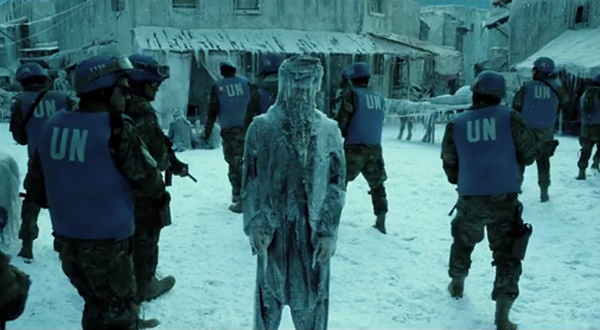 Warner Bros. and Skydance Productions have released the first teaser trailer for their upcoming disaster thriller “Geostorm,” starring Gerard Butler. The film marks the feature editorial debut for Dean Devlin, writer/producer of such films as “Independence Day” and “Stargate.”

“Geostorm” takes place in a time when the weather is controlled by futuristic satellites in outer space. When the machines start malfunctioning, they create chaos and a weather disaster of epic proportions. Butler stars as a scientist who gets sent into space to fix the malfunctioning satellites.

“Geostorm” opens in theaters October 20. Check out the trailer below, via Yahoo! Movies.