The film is currently in theaters everywhere. 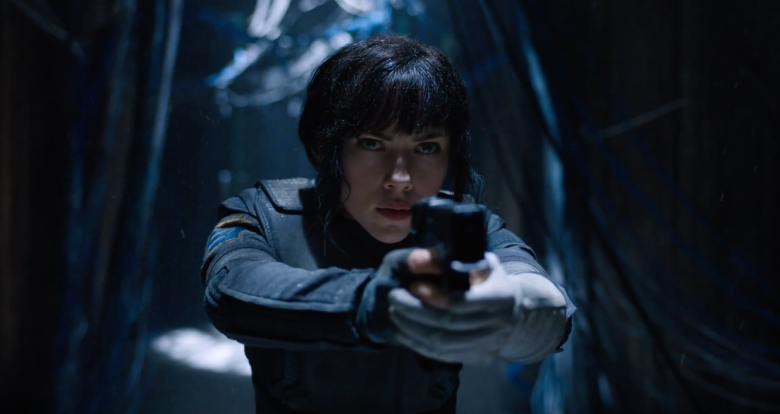 “Ghost In The Shell”

The new live action adaptation of “Ghost in the Shell” has been surrounded in controversy, from its original production announcement being met with confusion as to why such a beloved anime film needed to be remade, to the infamous casting of Scarlett Johansson in the lead role. But just how did the film turn out? It doesn’t appear to be as bad as many feared it would be, but it still seems to be a mixed bag among critics.

IndieWire’s Mike McCahill gave the film a B-, stating that while the film is “the shiniest of kit,” it ultimately proves to be more style than substance, explaining that director Rupert Sanders “is becoming increasingly adept at framing the kind of images any 14-year-old would deem cool.”

Justin Chang of the Los Angeles Times echoes this sentiment in his review:

What it offers is a glossy and accessible user’s guide to Shirow’s world, one that may drive purists mad with its hand-holding narrative approach even as it dazzles newcomers with its luridly beautiful visual palette, awash in eye-tickling shades of “Blade Runner” neon.

ScreenCrush’s Erin Whitney reiterates that the film is stunning visually, but the imagery carries an emptiness with them:

The 1995 anime made an indelible mark on Hollywood cinema, most notably inspiring the Wachowskis’ “The Matrix” trilogy and the futurism of “Minority Report”. So watching Johansson run up walls and shoot up bad guys in slow-mo is a bit of a bore; we’ve been there, done that.

Brian Truitt voices the more negative response towards the film in his review for USA Today:

Despite the beautiful eye-popping world it creates, the sci-fi film “Ghost in the Shell” is a defective mess with lifeless characters, missed chances for thematic exploration and a minefield of political incorrectness. The film’s controversial casting is highlighted in the New York Times’ Manohla Dargis:

The movie has been widely criticized for casting Ms. Johansson in a role that was, of course, originally Japanese, a decision that isn’t offset by an absurd narrative twist that seems to have been created to forestall criticism but will only provoke further ire. This isn’t just appropriation; it’s obliteration.

A more positive opinion can be found in Ignatiy Vishnevetsky’s review for the A.V. Club:

But instead of the post-human philosophizing of Oshii’s celebrated adaptation, the underlying concern of this nominal Americanization is actually more Japanese: national identity, with the Major’s prosthetic body as a metaphor for the futuristic cityscape around her, where the only vestiges of local culture are porcelain-skinned robot geishas.

And perhaps the highest praise for the film comes from Guy Lodge of Variety:

Spectacularly honoring the spirit and aesthetic of Mamoru Oshii’s beloved animated adaptations without resorting wholly to slavish cosplay, this is smart, hard-lacquered entertainment that may just trump the original films for galloping storytelling momentum and sheer, coruscating visual excitement — even if a measure of their eerie, melancholic spirit hasn’t quite carried over to the immaculate new carapace.

“Ghost in the Shell” is now in theaters. It currently stands at 44 percent on Rotten Tomatoes and has a 53 on Metascore.

This Article is related to: Film and tagged Ghost In The Shell, Review Roundup, Rupert Sanders