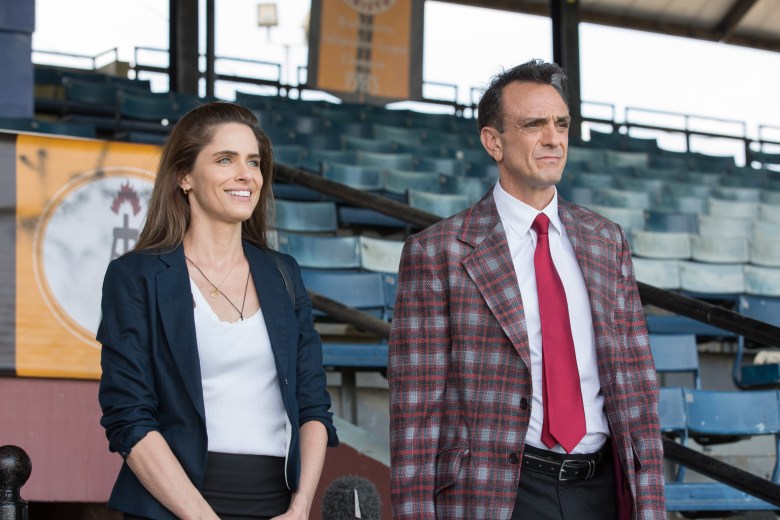 Ever wanted to spend a month viewing cult classic films? If that’s the case, then you’ll be happy to learn that IFC will be broadcasting several fun favorites throughout the month of March, and to capitalize on the March Madness craze, the network has released a humorous promo for their new show “Brockmire,” where Hank Azaria provides the equivalent of cinematic play-by-play commentary to some of these films’ best moments.

Azaria, in character as foul-mouthed baseball announcer Jim Brockmire, injects comedic commentary through some of the films which will air on IFC this month, including “Mortal Kombat,” “Snakes on a Plane,” and even Stanley Kubrick’s “Full Metal Jacket.” Providing zingers for each clip, the promo indicates that “Brockmire,” which originated as a Funny or Die video, will be a great platform for the talented character actor to shine.

READ MORE: How IFC Films Got Into the Kristen Stewart Business

Throughout March, IFC will post more clips of Brockmire delivering color commentary for other memorable scenes from these beloved films on their website. You can also view the schedule of what films will air on the channel there as well.

“Brockmire,” meanwhile, is set to premiere April 5, and follows its titular character, a MLB commentator, on his quest to rediscover himself in the announcer’s booth by moving to a small town after learning of his wife’s infidelity. To get a taste of the show’s comedic style, watch the video below.