The crowdpleaser is bound for digital release this week. 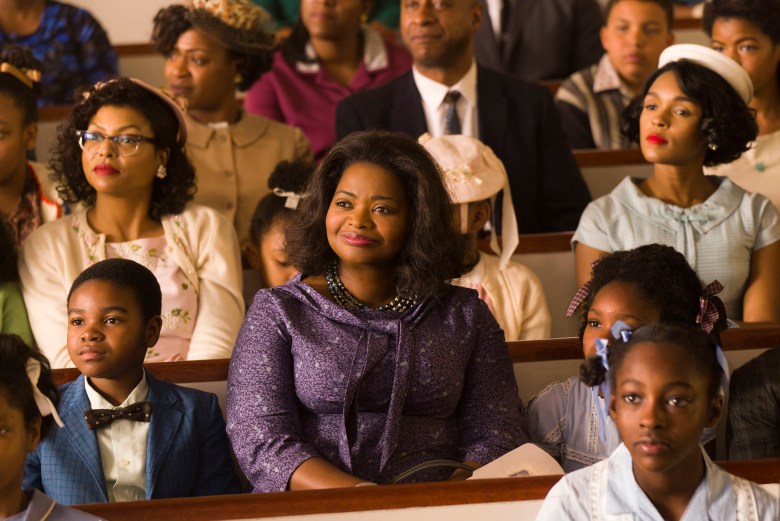 “Hidden Figures” tells the story of three strong women of color overcoming both white male and white female prejudice and discrimination in their personal and professional lives, all while sending the first man into space. Based on the true story of Katherine Johnson, Dorothy Vaughan, and Mary Jackson, these women demonstrate tenacity, intelligence, and authority in the white-dominated NASA program of 1961.

“Hidden Figures” was nominated for Best Picture, Best Supporting Actress, and Best Adapted Screenplay at this year’s 89th Academy Awards. At the ceremony, the real-life Katherine Johnson was brought on stage in front of the Academy and guests by the cast of “Hidden Figures” Taraji P. Henson, Octavia Spencer, and Janelle Monae, where she received a standing ovation.

“Hidden Figures” is set to release on Digital HD on March 28, and Blu-ray, 4K Ultra HD and DVD on April 11. The new release will be rife with exclusive special features such as deleted scenes, audio commentary by the film’s director Theodore Melfi and Taraji P. Henson, and also a compilation called “Hidden Figures: It All Adds Up.”

Below, take a look at IndieWire’s own exclusive featurette, which focuses on Octavia Spencer and her character, Dorothy Vaughn.