In a U.K. interview, the actor insists the show isn’t made for critics. 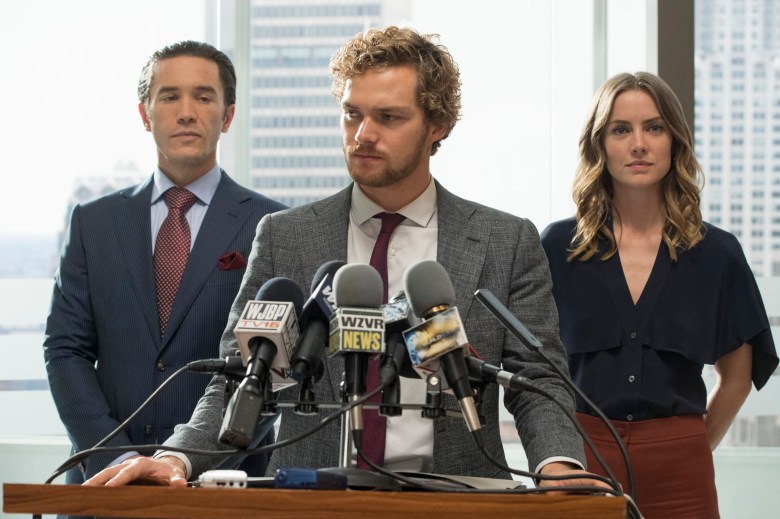 After an early wave of negative reviews took aim at the first six episodes of “Marvel’s Iron Fist,” the U.K.’s Metro asked star Finn Jones’ thoughts on the matter.

“These shows are not made for critics; they are first and foremost made for the fans,” he said. “I also think some of the reviews we saw were seeing the show through a very specific lens, and I think when the fans of the Marvel Netflix world and fans of the comic books view the show through the lens of just wanting to enjoy a superhero show, then they will really enjoy what they see.”

As of this report, “Iron Fist” has earned a mere 14 percent score on Rotten Tomatoes and a 32 on Metacritic. EW called it “the wimpiest punch ever thrown by the world’s mightiest superhero factory,” while The Hollywood Reporter deemed it a “step back in every level” from the other Defenders titles that came before it. [Editor’s Note: IndieWire has a policy of reviewing Netflix series in its entirety on the day all episodes are released.]

Ho-hum storytelling aside, some publications also noted the show’s controversial casting of a white man starring in a series about Orientalists stereotypes. While casting Jones as Danny Rand, aka the Iron Fist, stays true to the source material, those original comic books were first written in the 1970s. The uncomfortable racial aspect of the show is most likely one of the lenses that Jones is referring to. He got involved in a race debate on Twitter recently about “Iron First,” then quit the social media platform, before returning to issue a statement on diversity.

In “Iron Fist,” billionaire Danny Rand (Jones) returns to a very changed New York after being thought dead for many years. He’s changed too, and brings with him mystical kung fu powers, which he learned at the hands of warrior monks who had rescued him from the plane crash that had killed his parents.

All 13 episodes of “Iron Fist” will be released on Friday, March 17 on Netflix.