Lars von Trier took a break from filming "The House That Jack Built" in Sweden to meet with press and tease just how brutal his new movie is going to be. 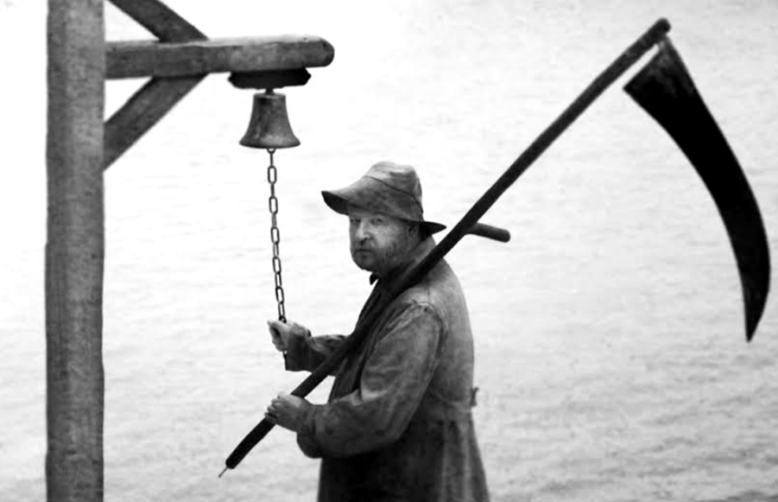 Lars von Trier is finally back behind the camera for his first feature since “Nymphomaniac,” and we’re not sure whether we should be excited or flat out terrified, especially since the drama is about the coming of age of a serial killer. “The House that Jack Built,” which is set over 12 years and focuses on five key murders, is currently filming in Bengtfors, Sweden, and von Trier took some time to meet with press (via ScreenDaily) alongside stars Matt Dillon and Uma Thurman and producers Louise Vesth and Madeleine Ekman.

“I chose Matt and I chose Uma because they obviously can’t read,” von Trier said. He may have been using his trademark sarcasm, but it’s clear even the director knows this is going to be his most brutal movie to date, which is saying something coming from the man behind “Nymphomaniac,” “Breaking the Waves” and “Antichrist.”

“There were so many people we sent the script to, who said they would do anything to work with me, except this script,” he continued. “And then there were two, who said yes and I asked, ‘Are you sure?’ And they said, ‘Yeah yeah yeah.’ I think we should make a little test of their reading abilities.”

Uma Thurman will be playing one of Jack’s five victims, but the graphic subject matter doesn’t bother her when a talent like von Trier is at the helm. The two last worked together during a memorable scene in “Nymphomaniac Vol. 1,” an experience the actress called a “wonderful time.” The other victims will be played by Siobhan Fallon Hogan, Sofie Gråbøl and Riley Keough.

“Lars is an amazing director for actors,” Thurman said. “I can tease him and say that he is incredibly sensitive and tender in what he is trying to get, in a brutal way, out of things. We will see. It is in his hands.”

The way von Trier handles a film with so much violence towards women is bound to stir up controversy at some point. He must have something particularly twisted up his sleeve if even actors who have wanted to work with him (and are obviously aware of his work) took a pass on this script.

Vesth confirmed the production is set to last through May, before von Trier heads into a lengthy post-production period. She confirmed the plan is to have the film ready for Cannes consideration in 2018.

For more from the “House That Jack Built” press conference, head over to ScreenDaily.

This Article is related to: Film and tagged Lars von Trier, The House That Jack Built