By thinking like an indie, director James Mangold may have created a new template for creating comic-book franchises that feel fresh. 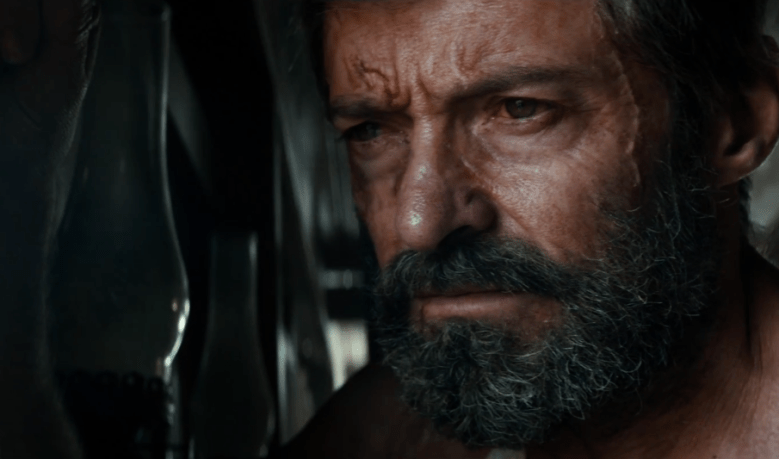 “Logan” will open huge this weekend, but the well-reviewed R-rated “Wolverine” sequel starring Hugh Jackman will provide Hollywood with something it needs more than great box office: It means permission to challenge the status quo.

Studios are in trouble. Box office is down four percent for the year to date — and the main culprit is combining familiar franchise properties with tried-and-true formulas.

Of course, “Logan” is the 10th installment in the “X-Men” franchise, which 20th Century Fox launched 16 years ago with producer Lauren Shuler Donner. But “Wolverine” director James Mangold didn’t direct it like a sequel.

Here’s how Mangold threw out the studio rulebook — and why Fox let him. James Mangold on the set of “Wolverine.”

1. Get the backing of a major star.

Immediately after finishing “Wolverine” in 2013, Jackman and Mangold had a chat: Did they want to do this movie again? “If there was one, it would be his last one,” Mangold told me in a telephone interview. “How would we construct something that interested both of us, as neither of us was interested in doing another one of these films?”

When “Wolverine” came out at the end of August 2013, it followed a slew of big summer movies including “Man of Steel” and “Thor.” Mangold said by the end of that summer he experienced an “epic, city-leveling exhaustion” — and he suspected audiences felt the same.

“In many ways, I felt our film was the antidote to that — the first two acts were like a Japanese horror film — but the third act was more of a capitulation,” he said. “We wanted to make a more intimate film, disengaging from several pre-ordained tropes of these kinds of movies that are more like an arms race, where you feel the more destruction, the better. We wanted to make a better movie.” Jackman and Mangold, who also made “Kate and Leopold” in 2001, had several movies in mind for their Wolverine sequel, all of which were far removed from comic books. One was was “The Wrestler,” Darren Aronofsky’s edgy drama starring Mickey Rourke as a fighter reconnecting with his daughter at the end of his life. The others were westerns: Clint Eastwood’s “Unforgiven,” about an aging gunslinger facing the toll of violence, Mangold’s own “3:10 to Yuma,” and George Stevens’ classic “Shane.”

With Jackman’s support, Mangold was able to push through a very different kind of Wolverine movie. Emma Watts, a 20-year studio veteran who’s now Fox Film’s vice chairman and president of production, said the studio “had respect for the audience, the character, and the material. It tells you what it wants to be. Knowing it was Logan’s last outing, Hugh wanted to do it right. Logan’s the most pained of all the X-Men. The final chapter needed to be cathartic, intense and emotionally honest.”

2. Write an original script as though there will never be a sequel.

When Mangold stepped into “Wolverine,” he enjoyed dropping Jackman’s gruff character into defined Samurai movie tropes. But for his follow-up, he wanted to make a more personal film.

A few months before the release of “Wolverine” in 2015, Mangold was preparing to shoot “The Deep Blue Goodbye” for Fox. He’d developed the adaptation of John D. MacDonald’s hardboiled Florida detective novel with “Wolverine” screenwriter Scott Frank (“Minority Report”). However, star Christian Bale said a torn ACL forced him to back out, and the studio killed the project.

So, the two writers started over with “Logan.” “It was essential that Scott and I sit down with a blank sheet,” said Mangold. “This is not an adaptation of any saga. We designed something from scratch.”

Of course, it wasn’t a true tabula rasa: They were using characters from the Marvel “X-Men” canon, and you can’t deny that Wolverine is dark. “The essential idea is we make this movie as if it’s the last one,” the director said. “The thing that scares Wolverine most isn’t super-villain destruction of a city or a world. It’s not his own demise. His character has been living four lifetimes, so that might be something he’s looking forward to. What scares Logan most is he’s phobic about intimacy, commitment, and love. With good reason: Almost everyone he’s loved has died. He has a ton of shame on his back, a lot of darkness, which makes it hard to pretend that doesn’t exist.”

They decided to come up with some kind of intimate loss. “It’s almost disturbing that an asset of our movie is supposed to be in every movie,” said Mangold. “The whole point is you identify and connect when you watch a movie.”

The story they laid out goes like this: “What if Logan is a patriarch caring for his ailing father figure, Charles Xavier, as many of us are going through now in our generation? The added twist is that because Charles has the world’s most powerful brain in his skull, when he loses control the ramifications are more intense and dangerous. And on Logan’s doorstep is a daughter who is not an attractive teenager played by a 21-year-old CW model, but a real kid.”

The trick was dodging the gruff-father-warmed-by-a-child trope. “For me and Scott, the way to do it was to undermine dialogue to make it more dramatic and interesting,” said Mangold. “She’s a mute when she begins, and she’s Spanish-speaking so Logan can’t understand her, which was a thrilling way subvert and undo ourselves and avoid banter.”

Said Watts, “You can be original on a sequel and be generic on an original movie. ‘Logan’ is deep in the ‘X-Men’ cycle, but we made something that feels like the first of its kind.” 3. Reduce the number of characters.

Many movies are “so overpopulated with characters that you can no longer generate any kind of compelling story for any one of them,” said Mangold. “In 120 minutes, if you subtract the action sequences, with six or seven characters you wind up with Elmer Fudd in a Warner cartoon, with six minutes of time left.”

To make the characters human again, Mangold said, “You clear the chaff out of the room—which is frightening in the sense that you are exposed. In how many movies do we watch the stakes of a world destroyed and saved by the hero? I honestly think people will lean into a story about a family who can’t afford to pay their mortgage, more than another movie about how the earth blows up. It’s done too much.”

With Jackman on board, it wasn’t tough to track down Stewart on Broadway in “Waiting for Godot.” Mangold laid out the story in Stewart’s backstage dressing room in early 2015. Since the earlier “X-Men” movies, Stewart “has basically performed a role of being the guy with pointer and map explaining how everything is working — like Walter Pidgeon in ‘North By Northwest,'” Mangold said. “The ability to get his teeth into something like this was exciting to him as an actor.  Put a great bunch of food in front of great actors and they will do something wonderful, different, and provocative.”