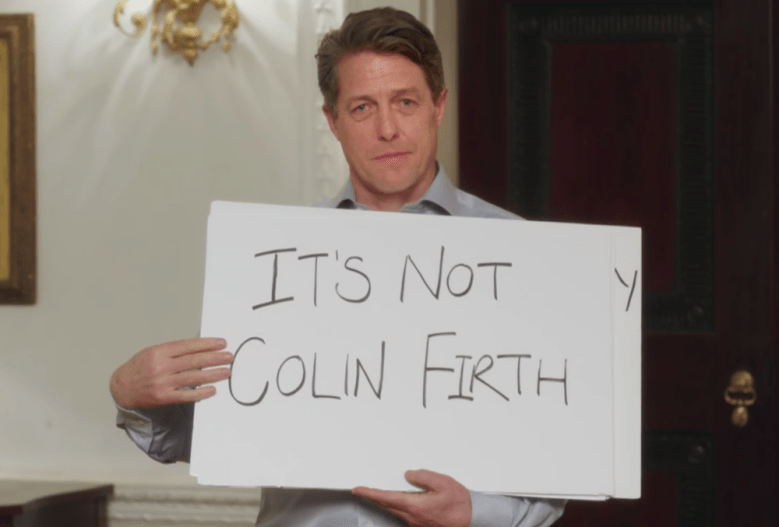 “Red Nose Day Actually,” the short film sequel to “Love Actually,” has released a teaser trailer featuring 11 members of the cast from the original film. The project is part of Red Nose Day, a charity event aimed at ending child poverty that involves people wearing red noses to raise money and awareness.

In the trailer, “Love Actually” cast members hold up cue cards the same way Andrew Lincoln’s character of Mark did in the film. “Tune in to see what happened to everyone, and, amongst other things, which one of us has aged best,” the cue cards read. The actors in the video are Lincoln, Hugh Grant, Chiwetel Ejiofor, Martine McCutcheon, Keira Knightly, Lucia Moniz, Liam Neeson, Thomas Brodie-Sangster, Olivia Olson, Bill Nighy and Rowan Atkinson.

“Over the years I’ve enjoyed doing Red Nose Day specials of TV things I’ve worked on — ‘Blackadder,’ ‘The Vicar of Dibley’ and ‘Mr Bean,’” “Love Actually” writer-director Richard Curtis previously said in a statement. “It seemed like a fun idea this year to do a special sketch based on one of my films, since Red Nose Day is now in both the U.K. and America.”

The Red Nose Day campaign to end child poverty has raised over $60 million since launching in the U.S. in 2015. The campaign raised more than $36 million in 2016.

To watch the trailer, check out the video below.