NBC’s new supernatural series, from the author behind “True Blood,” will premiere in July. 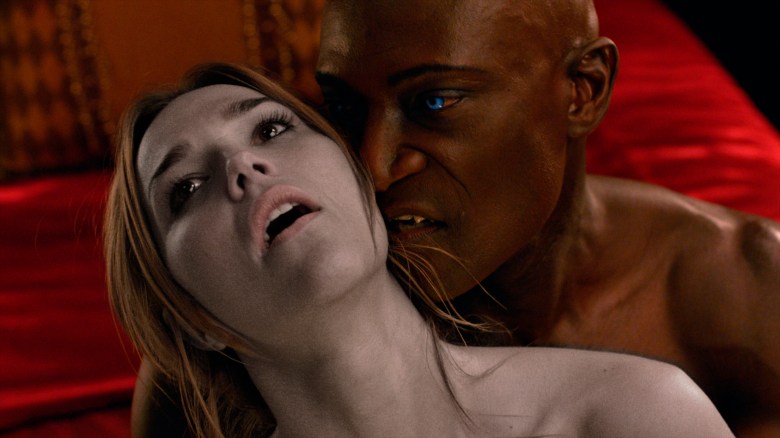 When talking to the dead is the least of your problems, you may need a little help from your friends. Enter the unique denizens of “Midnight, Texas.”

NBC’s latest supernatural thriller, from the author behind “True Blood,” follows medium Manfred (“The Borgias” star Francois Arnaud) as he settles in the tiny town of Midnight, Texas. You wouldn’t think a young and charming fellow like him would be drawn to a small town like this  — the kind of place so tiny, there’s just one restaurant around. But his grandmother told him to move there, so move there he did.

READ MORE: 20 Years After ‘Buffy,’ Is It Time for Vampire Shows to Die?

It turns out grandmother knows best, even if she is, well, dead. Among the Midnighters (yes, that’s how they style themselves), talking to the dead isn’t all that shocking – not when you have a vampire, a witch, an angel and a hitwoman just across the street. But when that dead person wants your help to catch their killer, law enforcement is now involved. Luckily, navigating around the police is another thing that Midnighters know how to do well.

Being an outsider is what makes Manfred fit so perfectly in Midnight. Yet, this is also the reason why so many people, including the police, don’t trust Midnighters. As long as they trust each other, they can overcome any challenge, no matter how hellish. And we do mean hell. There’s a reason why such unique individuals are drawn to the town, and it’s not the great picnic grounds.

Watch the new trailer that NBC released for “Midnight, Texas” below: