The list of of the lowest-budgeted Academy Award winners includes everyone from Clark Gable to Oliver Stone. 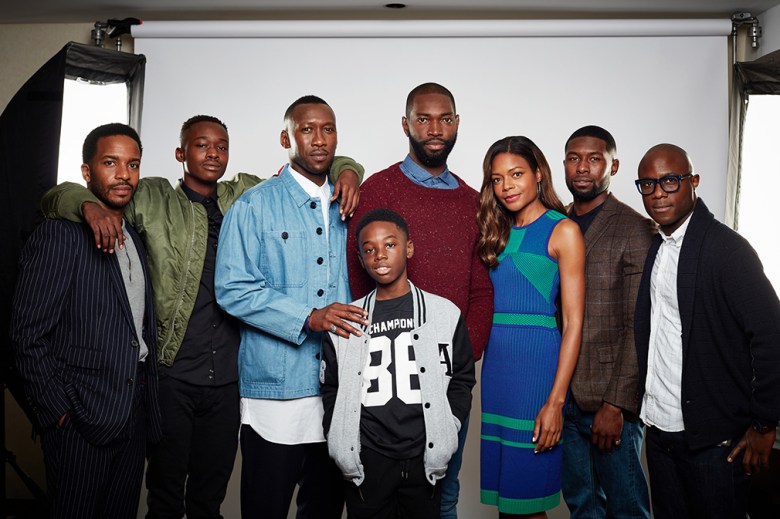 With a budget of $1.5 million, 2017 Best Picture winner “Moonlight” cost less than a 30-second ad during the Oscars (reported price: $2.2 million). And, among the category’s 89 winners, it stands as the lowest-budgeted film in the Academy Awards’ history.

To determine the 10 least expensive Best Picture winners, we looked back at each year, researched reported budgets, and then calculated them at 2017 dollar values. Although independent films have dominated the Oscars for the last decade, the only indie to make the cut from that period was “Crash.” Nor did Woody Allen’s “Annie Hall,” or some black-and-white studio classics like “Casablanca” or “The Lost Weekend.”

The 10 straddle almost every decade of the Oscars and come from either independent producers or smaller distributors (four of the 10 were released by United Artists).

For comparison, the most expensive film to win remains “Titanic;” its adjusted budget was $300 million more than “Moonlight.” That total dwarfs the budgets of other high-end cost winners like “Ben-Hur” and “Gone With the Wind;” at current dollar values, both would be somewhere over $100 million.

For context, remember that over the last quarter century the cost of making movies has skyrocketed far ahead of inflation. Also, these adjusted budgets don’t include marketing and distribution costs.

They are listed in inverse order, along with the most-expensive nominee (also adjusted) for its year. With Jack Nicholson in tow, this was hardly an off-radar production. Kirk Douglas first optioned Ken Kesey’s beloved novel, but gave up and turned it over to his son Michael and producer Saul Zaentz. Czech director Milos Forman and the rest of the cast were not expensive, and with most scenes shot at an Oregon hospital, it was an economical shoot. Its success was staggering: In today’s dollars, its domestic gross was just under $500 million. Most expensive nominee – The Mission ($49 million)

Oliver Stone’s very personal Vietnam combat story began with Dino De Laurentiis, who later turned it over the U.K. production company Hemdale Film Corp. They arranged for distribution through Orion, which was created by United Artists veterans (and who won four Best Picture Oscars in its brief existence). Stone shot in the Philippines a few years after Francis Ford Coppola’s very expensive “Apocalypse Now,” with assistance from the country’s military. It also had a cast of up-and-comers like Willem Dafoe and Charlie Sheen, which kept costs down. Its domestic gross soared to over $300 million in current dollars. Most expensive nominee – Fiddler on the Roof ($54 million)

One of the most unlikely winners, William Friedkin’s breakout film utilized New York City locations to the hilt and eschewed major stars and elevated previous character actor Gene Hackman to major status. (Steve McQueen was a possibility, but exceeded the budget.) Its guerrilla filmmaking (at that budget, those chase scenes are inconceivable today) were modeled after recent French worldwide hit “Z,” itself an Oscar contender two years earlier. Domestic gross the equivalent of over $300 million. Don Cheadle and Paul Haggis on the set of “Crash.”

In this ensemble film where no one got paid much, Paul Haggis’ upset winner kept costs down with Los Angeles location work, including his own house and car, and a borrowed TV set. It was a film made by an industry insider that touched LA-based Academy members and made it the go-to choice for those uncomfortable with or otherwise unimpressed by favorite “Brokeback Mountain.” The “Crash” campaign emphasized its roots in the community as a passion project. Its theatrical release was completed before awards season, keeping its adjusted gross to $73 million. Marlon Brando was not the initial choice for lead (they wanted Frank Sinatra), but he helped increase the small budget and elevated the film’s importance. Shot entirely on location (Hoboken, mainly) and cast largely with East-coast stage veterans, producer Sam Spiegel kept the production mean and lean. It ended up at the lower end of grosses for winners of its time ($86 million adjusted), but still was a major success for Columbia.

After “Hamlet,” this was the second 100-percent British film to win Best Picture. Tony Richardson’s adaptation of Henry Fielding’s novel was still high end for its country (“Dr. No” made around the same time had a similar budget). It is hard to imagine it in black-and-white, yet color came only after careful consideration of its extra cost. The risk was high (this was only Albert Finney’s third film, but it became a popular and critical success in the U.S. It didn’t hurt that it faced a huge push from embattled 20th Century Fox as it tried to survive after the massive cost of “Cleopatra,” which opened a little earlier that year. The domestic gross today would come to about $300 million.

Frank Capra’s classic was an upset at its time; Columbia was then considered a minor studio. Clark Gable was already established as a big star at MGM, but his expensive contract needed covering when he had no film, so Louis Mayer loaned him out. He also won Best Actor, increasing his value for his home base. Released the same year as Claudette Colbert’s turn as Cleopatra for Cecil B. DeMille, the comedy was filmed in a month at Columbia’s Hollywood studio and in rural-looking locations in and around Los Angeles. It became a major popular success ($45 million in current numbers) in the heart of the depression. Few contenders ever benefitted more from celebrating its humble origins. This unexpected smash (a staggering $476 million in domestic gross, in 2017 numbers) played on its underdog status as “Taxi Driver,” “Network” and “All the President’s Men” divided the prestige vote. Sylvester Stallone’s script was a hot property, but he held out to play the lead. Producer Irwin Winkler convinced United Artists to take the gamble, and the public immediately responded on its release. Again, local filming and a short schedule (also under a month) with low-budget veteran John Avildsen at the helm paid off and the long shot won. Most expensive nominee – Love Is a Many Splendored Thing ($16 million)

Made by Burt Lancaster’s production company, the legend is it was made in part because they needed a tax writeoff and the low cost ($350,000 in 1955 dollars) would serve the purpose. Lancaster then removed his name from the credits, thus costing himself an Oscar. This was the second and most recent Best Picture that also won Cannes. Domestic grosses were somewhere around $75 million, lower than most perhaps it originated as a TV drama broadcast two years earlier. It’s not even close. “Moonlight” stands out as not only the lowest-cost winner ever, but possibly the lowest-cost nominee as well. Recent microbudget contenders as “Whiplash,” “Boyhood,” and “Beasts of the Southern Wild” cost more. Independent pioneer John Cassavettes’ groundbreaking work found some recognition in acting and writing categories, but never Best Picture. And even then, his best-known films cost more. In adjusted numbers,”Faces” was nearly $2 million and “A Woman Under the Influence” was more.

“Moonlight” may be an example of what digital filming can do when combined with skilled indie craftsmen. It doesn’t hurt to have participation of Brad Pitt’s production company Plan B and producers whose resumes included a total of seven Best Picture nominations over the previous five years.

Its gross is very much at the low end for winners: $22 million through last Sunday and $8 million after the nominations, which came after the film had been in release for nearly three months. By comparison, “The Hurt Locker” grossed the equivalent of $19 million, nearly all of that before it was nominated (it was a summer release and gained much wider viewing through home delivery venues). “Moonlight” is on VOD already, which will limit its theatrical  potential, although it likely reaps a bonanza in streaming platforms ahead.

This Article is related to: Film and tagged Moonlight, Oscars