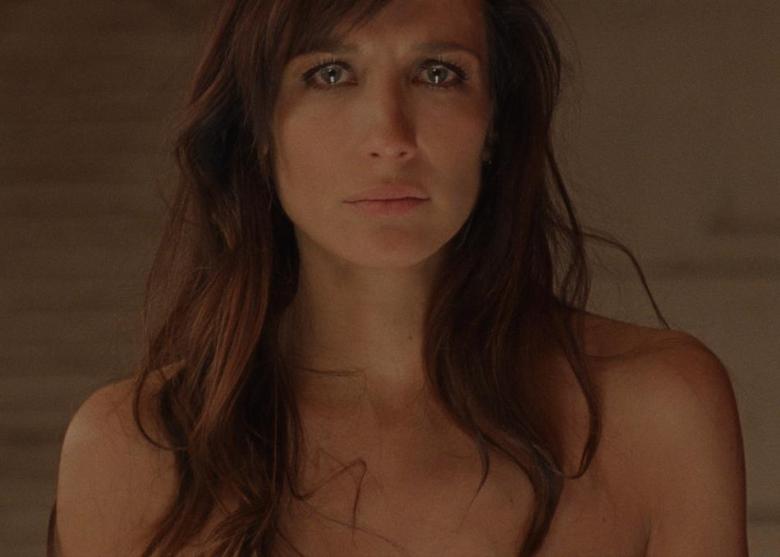 A short, stressful, and utterly spellbinding debut that transforms the immigrant experience into the stuff of an early Polanski psychodrama, Ana Asensio’s “Most Beautiful Island” is a worthy winner of the SXSW Grand Jury Prize for best narrative feature, and — more importantly — strong evidence of a cinematic juggernaut in the making.

Asensio, a thirtysomething Spanish actress whose work is virtually unseen on these shores, not only wrote, directed, and produced this fraught metropolitan thriller, she also appears in just about every frame. And while the film might begin by suggesting that its heroine was chosen at random (a mesmeric prologue follows seven different women as they weave through the sidewalks of Manhattan, the camera picking them out of a crowd as if to wordlessly reassert that most of the Naked City’s seven million stories remain untold), Asensio’s compulsively watchable lead performance splits the difference between the specific and the representational. She’s an undocumented women of a certain age, and also all of them; never just one or the other. But she’s about to have a night that will force her to forge a unique American identity for herself or die trying.

All we really know about Luciana is that she’s fresh off the boat from Spain, as desperate to distance herself from old life as she is for some help establishing her new one. The film tells us precious little about the raw data of who this woman is, almost nothing that we couldn’t glean from seeing her on the street — an early phone call reveals that she can’t shake a lingering sense of guilt about what she did to someone named Sofia (a daughter?), while a harried trip to a doctor’s office makes it clear that Luciana is even shorter on sleep than she is on cash, but that’s about it. Any further details are learned observationally, from the overdue rent notice that she turns into a paper airplane to the bright red sneakers that she wears like someone who can’t afford to slow down. And she can’t.

It’s never fun to have a bad day, but it’s even worse when you have one on the longest day of the year. Summer in the city makes everyone seem like they’re about to drown in their own flop-sweat, but Luciana is truly at the end of her rope. Her morning job, which requires her to wear a short skirt and a chicken mask as she shoves fliers at tourists in Time Square, is too degrading to sustain. Her afternoon gig babysitting two of the neediest brats in Manhattan is even more barbaric.

In between, she sinks into a bath in her dilapidated apartment and picks at the duct tape that her landlord used to cover a missing tile in the bathroom wall. Dozens of cockroaches spill out of the hole and into the tub, each of them large enough to fight Godzilla. Don’t be fooled by Asensio’s docudrama stylings, this terrifying moment — so intense that it feels lifted from one of co-producer Larry Fessenden’s gory horror films — is no cheap departure from a story that otherwise seems like a grounded vérité portrait of America’s invisible underclass. On the contrary, as Luciana will learn the hard way after a fellow immigrant offers her a mysterious (but highly lucrative) job in the meatpacking district, “Most Beautiful Island” is increasingly defined by how well it blurs the line between rotted dreams and waking nightmares.

It would be criminal to describe what happens to Luciana that night, or say anything about why the super secret payday requires her to buy a slinky black dress and pick up a locked purse from the basement of a Chinatown restaurant, but it’s impressive how seamlessly the movie blends the anxiety of neo-realism into something that resembles the suspense of the orgy sequence from “Eyes Wide Shut.” Asensio, whose sunken, model-like features are fleshed out with hope (and makeup) as Luciana plunges deeper into the underworld, is as dynamic behind the camera as she is in front of it. The film gets a bit silly towards the end, albeit it in a perversely enjoyable way, but its first-time director does such a careful job of descending from New York’s sweltering iconography to its hidden underbelly that Luciana’s inferno feels all too real. As “Most Beautiful Island” plainly begins to borrow from other micro-budget horror stories of migrant exploitation (“13 Tzameti” comes to mind), the primacy of Asensio’s vision — and the fetishistic intensity of her imagery — overpowers any trace feelings of familiarity. By the end, even the handful of amateurish supporting performances begin to feel like part of the film’s surreal charm.

Creating a lucid sense of reality only so that she can defile it with a wicked pivot towards madness, Asensio’s film creates a vision of immigrant life in America (and its value) that’s all the more urgent for how it uses genre elements to exaggerate the experience. “I’m so tired of the possibilities,” Luciana complains to her friend at one point, exasperated at the thought of what might happen to her next. “The possibilities are why we’re here,” the friend replies.

America might still endure as the land of opportunity (at least for the time being), but few films have so vividly illustrated what opportunity really feels like to those who have nothing else left, or how it leads immigrants into a selectively visible economy that exists just parallel to the one that lured them here in the first place. More than just its unexpected thrills, “Most Beautiful Island” is a ruthlessly effective parable about how, both underground and above, this place will only remain a beacon of hope so long as its people decide to pay forward their good fortune, however little of it they might have left.

“Most Beautiful Island” premiered in the Narrative Feature Competition of SXSW 2017. It is currently seeking U.S. distribution.

This Article is related to: Film and tagged Reviews, SXSW 2017