"Legion" Season 1 will have an ending, "Fargo" Season 3 has some "Lebowski" in it, and there's one thing you'll never see on either. 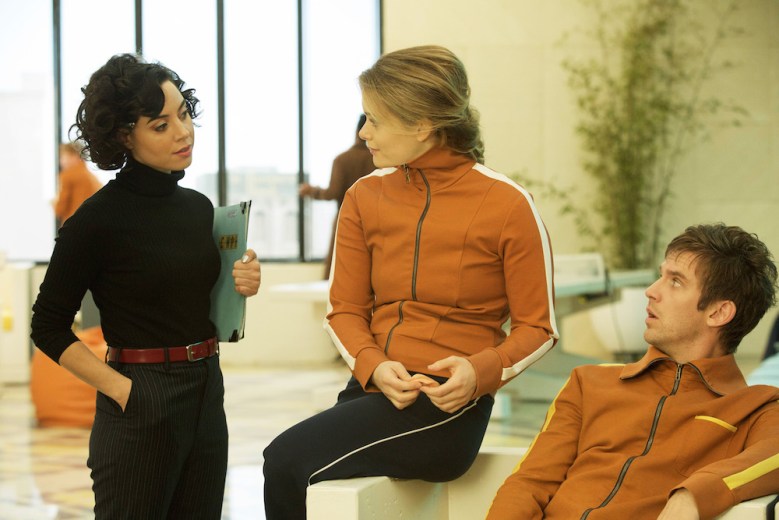 During an hour-long chat at SXSW, this was probably the most obvious thing Noah Hawley said. The Austin-based writer, director, and showrunner was referring to “Legion,” but such a blunt descriptor could certainly apply to “Fargo” as well.

Hawley covered both of his signature FX shows and much more during a conversation with Philipp Meyer, the creator of AMC’s upcoming western, “The Son” (which is set to premiere at SXSW on Sunday). Below, we’ve pulled out all the highlights from Hawley’s talk, and we can safely say they’re anything but obvious.

“Legion” Season 1 will have an ending.

Hawley was far more comfortable talking about “Legion,” which is currently airing its first season on FX, than “Fargo,” which doesn’t return until April 19. That’s not typically the case with creators and returning shows, but “Fargo” starts a new story each season, making details far more telling than for ongoing series.

But Hawley doesn’t see a big difference in the two shows’ storytelling style, drawing an unexpected parallel between both.

“Even though [“Legion” is] a returning show, the first season has to have a beginning, middle, and end,” Hawley said. “That’s just good storytelling. You want people to have a satisfying experience.”

Hawley didn’t go as far to say he wanted the season to stand on its own, but he gave off the impression that Season 1’s narrative arc would provide closure related to how it began.

READ MORE: ‘Legion’ Premiere: The 9 Moments That Make It a Masterpiece “‘Fargo’ Season 3 is all ‘Ladykillers’ references.”

OK, we’re kidding; or, to be accurate, Hawley was kidding when he joked about the Coen brothers movies influencing “Year 3” of “Fargo.” And while he didn’t elaborate too much, Hawley was serious when he said the new story would reference one of the filmmakers’ most beloved creations.

“There’s some ‘Lebowski’ this year,” Hawley said. “That’s interesting to me.”

Future episodes of “Legion” are designed to confuse you.

“At least once every episode, I want you to go, ‘What did they just do? That’s crazy!'”

That’s Hawley’s goal for “Legion,” and he promised that at least two such scenes in upcoming episodes are designed to do just that.

“There’s a certain point in future episodes where all the sound goes out,” Hawley said. “[It’s like] they’re just wandering around in a vacuum.”

In another episode, scenes are written to build up to a big action sequence, “and then we just don’t do it.”

“Action, in and of itself, isn’t story,” Hawley added.

READ MORE: ‘Legion’: Noah Hawley’s ‘Romance of the Mind’ Might Be Hiding a Heart of Darkness Accordingly, Hawley isn’t overly concerned with clarity. Though his first professional writing gigs came on broadcast television, Hawley has distanced himself from that mindset.

“Clarity in broadcast television is you have to know what’s coming, you have to watch it happen, and then you have to talk about it happening,” Hawley said. He later noted how broadcast executives have to cater to the “dumbest” potential audience member at home. His shows do not.

“You don’t watch a David Lynch movie for information,” Hawley said, noting how some of Lynch’s most terrifying scenes defy logic and reason.

“In ‘Legion’, I keep referring to that scene in Mulholland Drive,” Hawley said about the diner scene featuring Patrick Fischler. “It’s one of the scariest scenes ever filmed for reasons that don’t make any sense! […] By the time you get out behind the dumpster, it’s terrifying for no apparent reason, other than it’s something uncanny.”

“One thing we don’t do in ‘Fargo’ is melodrama.”

Anyone who’s watched both “Legion” and “Fargo” should notice a drastic difference in music and how it’s incorporated into each show. In the “Legion” pilot alone, there’s a number of easily identifiable songs, while the “Fargo” score is much more subdued and haunting.

It turns out Hawley is very particular about the music, and even asks his editors to deliver him two cuts of each episode: one with music and one without.

“One thing we don’t do in Fargo is melodrama,” Hawley said. He noted how music can often manipulate drama into something more so, and he likes to view a scene as it reads without any musical influence before deciding how it’s incorporated.

“I know what you’re trying to do,” Hawley recalled telling his editors. “But let me see it without the music.”

“You can cheat it, but that’s no fun. Let’s shoot it upside-down.”

Though he didn’t get overly specific, that’s what Hawley said his approach to David (Dan Stevens) and Syd’s (Rachel Keller) first kiss was, as director.

“Literally, I came in on ‘Legion’ and said, ‘It’s upside down day,'” Hawley recalled. “It just seemed obvious to me.

Hawley briefly remarked on the process, saying part of the shot was done with a crane and the other used a special lens in the camera. And that’s when he added, “You can cheat it, but that’s no fun. Let’s shoot it upside-down.”

What a set day that had to be.

Hawley is not a man known for taking it easy. Before he was the showrunner on two FX programs released within six months of each other, he’d already been writing novels and screenplays in his free time. His latest book, “Before the Fall,” was released last summer, and he’s currently adapting it into a movie along with a number of other projects.

(An audience member asked him about “Cat’s Cradle,” a Kurt Vonnegut novel he’s optioned for television, and Hawley joked, “I’m meant to be working on that, as I’m here talking to you. I think this was the hour I set aside for that.” But in reality, he’s extended the option on it to give himself more time.)

With such a busy schedule, when Hawley told FX that he wanted to direct the premiere of “Fargo” Season 2, they weren’t all that enthusiastic about it.

“They didn’t want me to direct the first hour of Season 2,” Hawley said, explaining the network was worried he’d be too focused on directing the first episode instead of making sure the rest of the season played out as intended.

Eventually, they relented, and Hawley also directed the pilot for “Legion.”

“It’s not a fight by any means. They want to break ground if they can,” Hawley said of FX’s ambitious nature. “They’re very smart. […] The script I wrote for ‘Legion’ and the episode I made are very different. The words are all the same, but nowhere in the script did it say it was going to be this weird British movie with Kubrickian aspects to it.”

But after being so hands-on with everything he does, Hawley is starting to feel it.

“If you’re making it by hand, it becomes a lot harder to make more of them,” he said. “Ryan Murphy’s not showrunning ‘Feud.’ He’s got Tim Minear for that. Maybe he’s more involved, but he’s not writing every word. […] I’m tired.”

For the record, we fully encourage a vacation, Mr. Hawley… just as soon as “Fargo” wraps.

This Article is related to: Television and tagged Fargo, Legion, Noah Hawley, SXSW 2017