New Oscar rules could change the dynamics of the animation race, taking it more mainstream. Updated 2/24/018. 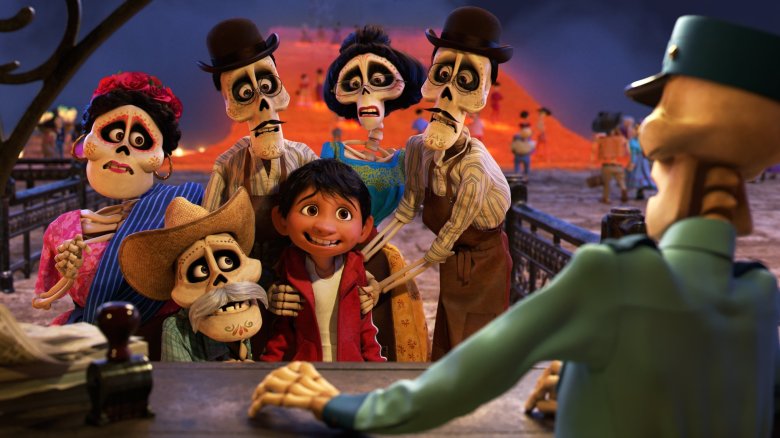 This year for the first time new Academy voting rules are enlarging the voter pool for animated features, which used to be voted on by as few as 200 members of the shorts and animation branch. Now 7000 Academy voters will be able to vote — as long as they opt in and see enough of the movies. And nominations in this category, like Best Picture, will now be preferential instead of based on a numerical scoring system.

The question is whether this will have the effect of mainstreaming the results. Judging from the way the Academy trends highbrow with the rest of their voting, and assuming that animation lovers will vote, it will come down to the usual bottomline — what they’re actually motivated to watch.

The usual suspects are vying for Oscar recognition this year. There’s Disney/Pixar, Fox’s DreamWorks Animation and Blue Sky, and respected indie distributor Gkids, which has now racked up 10 nominations since 2009, second only to Pixar.

The frontrunners is Lee Unkrich directs Pixar’s CG Day of the Dead feature “Coco” (November 22, 2017), which focuses on a 12-year-old Mexican boy named Miguel, with voices by Gael Garcia Bernal and others. The richly detailed musical was a huge box office hit. (Guillermo del Toro’s colorful 2014 Day of the Dead-themed production “The Book of Life” landed just a Golden Globe nomination.)

Gkids released Nora Twomey’s Irish-Canadian co-production “The Breadwinner,” about an Afghan girl who disguises herself as a boy in order to provide for her family, which is executive-produced by Angelina Jolie and won Best Feature at the first Animation Is Film Festival. Twomey co-directed their Oscar-nominated “The Secret of Kells.” Fox’s Dreamworks Animation entry is Tom McGrath’s timely zeitgeist comedy “The Boss Baby,” starring Alec Baldwin as a temperamental infant not unlike President Donald Trump, which scored at the box office but earned middling reviews. Fox is also releasing Blue Sky’s “Ferdinand,” based on the children’s classic about a non-violent bull who doesn’t want to fight in the ring. Blue Sky earned its second feature nomination after the original 2002 “Ice Age.” More likely to factor with this branch is artful and painterly “Loving Vincent,” which was a surprising hit at the box office.

Here are the likely Oscar contenders, ranked by likelihood to win.

This Article is related to: Awards and tagged Academy Awards, Animation, Coco, Oscars