Plus, the festival has unveiled a slew of other programming picks that were supported by the San Francisco Film Society. 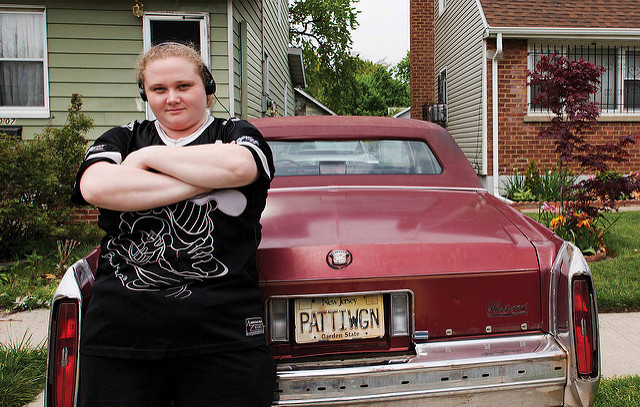 The film was purchased at the festival by Fox Searchlight, who paid a healthy $9.5 million for the feature. “Patti Cake$” was a Spring 2014 SF Film Society / KRF Filmmaking Grant winner.

“We are thrilled that Patti Cake$,’ a film we supported in partnership with Kenneth Rainin Foundation, will be the Festival’s Centerpiece,” said Noah Cowan, Executive Director of the San Francisco Film Society. “The film is not only hugely entertaining, with great music and spectacular performances, but also deftly addresses issues of great importance in our current political climate, from the harsh social conditions faced by working-class families to the inspiring creativity that emerges from diverse communities.”

The celebratory Centerpiece screening will take place on Wednesday, April 12, 7:30PM at the historic Castro Theatre.

“It’s thrilling to see so many of our supported filmmakers’ work as part of the impressive lineup for this year’s Festival,” said Caroline von Kuhn, Director of Artist Development. “These are films that we have championed for some time, and there’s no better public stage to give them than a screening at our big event. This year’s slate especially exemplifies the talent coming out of the Bay Area and the great storytelling coming through our grant programs and residencies.”

Those films include Peter Bratt’s feature documentary “Dolores” and Oakland-based filmmaker Peter Nicks’ feature documentary “The Force,” which both received Documentary Film Fund Awards. Directing and screenwriting team Alex and Andrew Smith’s “Walking Out” was a SF Film Society / KRF Filmmaking Grant winner, and Andrew Smith is a current FilmHouse Resident. Joe Talbot, director of the narrative short “American Paradise,” is also a current FilmHouse Resident and the feature film expansion of his short recently won a SF Film Society / KRF Filmmaking Grant. Mohammad Gorjestani, director of the documentary shorts “Happy Birthday Mario Woods” and “The Boombox Collection: Zion I,” and Mario Furloni and Kate McLean, co-directors of the documentary short “Gut Hack,” were all FilmHouse Residents during the development of their films. McLean’s FilmHouse residency also included the development of Festival documentary feature “Bill Nye: Science Guy,” on which she is a producer.

The 60th San Francisco International Film Festival runs April 5 – 19 at the Castro Theatre, Yerba Buena Center for the Arts, SFMOMA, the Alamo Drafthouse New Mission, the Roxie Theater, and the Victoria Theatre in San Francisco, and BAMPFA in Berkeley. Held each spring for 15 days, the Festival is an extraordinary showcase of cinematic discovery and innovation in one of the country’s most beautiful cities, featuring nearly 200 films and live events, 14 juried awards with nearly $40,000 in cash prizes and upwards of 100 participating filmmaker guests.