Disney and Fox won't open a film directed by a woman in 2017, but that's only half the story. 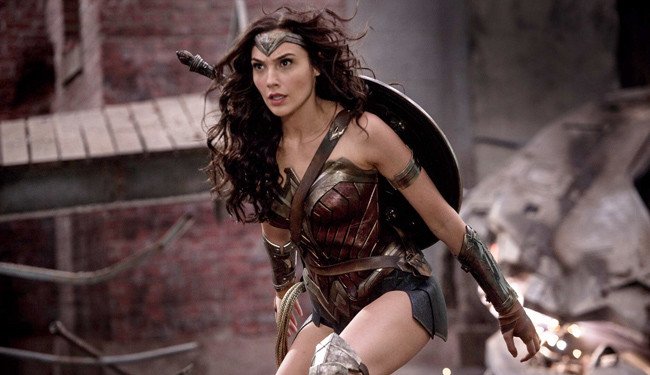 Updated, see below: Numbers don’t lie. A recent study found female filmmakers remain “grossly underrepresented” when it comes to directing opportunities, and there is no arena in which that is more apparent than Hollywood’s own studio system. As The Wrap recently noted, “of the 149 movies currently slated for a wide release from the six legacy studios over the next three years, only 12 have female directors. That means a whopping 92 percent of the major motion pictures due in theaters through the end of 2019 will be helmed by men.”

That number only includes studio features from the big six, not speciality arms like Fox Searchlight, Sony Pictures Classics, or Focus Features. However, adding those more indie-minded distributors (which are often heavy on festival acquisitions) doesn’t paint a much rosier picture. Over the course of 2017 and 2018, only 24 films directed by women will hit theaters care of a Hollywood studio, and despite continued attention paid to Hollywood’s gender inequality issues, the needle doesn’t appear to be moving in the right direction.

Disney has zero films directed by women on their 2017 slate, although their 2018 lineup includes Ava DuVernay’s “A Wrinkle in Time” adaptation (the first $100 million live-action feature to be directed by a female director of color), along with their live-action “Mulan” from rumored director Niki Caro (who also pops up on this list, thanks to her upcoming Focus Features release, “The Zookeeper’s Wife”), and “Gigantic,” an animated offering co-directed by Meg LeFauve.

Similarly, Twentieth Century Fox also has a female filmmaker-free 2017 schedule, with 2018 likely playing home to Emily Carmichael’s “Lumberjanes” and Ryan Case’s “Fire Me,” both of which have been announced but do not yet have casts or release dates. With the addition of Fox Searchlight and animation titles, the studio comes out slightly ahead. The speciality arm already released Amma Asante’s “A United Kingdom” last month, and will soon debut Amanda Lipitz’s Sundance hit “Step.”

Later in the year, “Battle of the Sexes,” co-directed by Valerie Faris, is due to arrive from Searchlight (the film does not yet have a release date, but does have a starring turn by newly minted Best Actress Emma Stone). At some point in the next two years, Searchlight will release Marielle Heller’s first big post-“Diary of a Teenage Girl” feature, “Can You Ever Forgive Me?” Elsewhere, Warner Bros. will bow three female-directed features this year — including Patty Jenkins’ blockbuster “Wonder Woman” — but has nothing on track for 2018. Sony is in a similar situation, with a varied slate of 2017 from both the studio proper and their Sony Pictures Classics, with nothing directed by a woman yet set for 2018. (The studio has snagged Michelle MacLaren for “The Nightingale” and Elizabeth Banks for their “Charlie’s Angels” reboot, but neither has set a release date yet.) Updated: On May 23, Sony announced release dates for both “The Nightingale” and “Charlie’s Angels,” with MacLaren’s film set for 2018 and Banks’ in 2019. We’ve indicated the change below.

Universal appears to rely strongly on Focus Features to increase female director numbers, as the speciality arm will soon release Caro’s “The Zookeeper’s Wife” and Sofia Coppola’s much-anticipated “The Beguiled.” The studio is also attempting some homegrown appeal, thanks to its smash hit “Pitch Perfect” series. The studio will release the third film in the franchise this December (directed by Trish Sie), and the series also helped boost the visibility of screenwriter Kay Cannon, who wrote all three films and will make her directorial debut in 2018 with Universal’s “The Pact.” (Oddly enough, Cannon does not have writing credit on her debut; it has five credited male screenwriters).

It’s Paramount Pictures, however, that has the most dismal slate when it comes to female filmmakers. It will release just one film with a female director in the coming months: “An Inconvenient Sequel: Truth to Power,” which was co-directed by Bonni Cohen. That film will arrive in theaters this July. Otherwise, the studio has no other female-directed features on its slate for the rest of 2017 or all of 2018.

READ MORE: One-Third of the Films At Sundance Were Directed By Women, But That Shouldn’t Be Confused With the Real World

Check out the list of upcoming female-directed features below, as divided by studio (films that have already been released in 2017 are denoted with an *). “Unforgettable,” directed by Denise Di Novi, to be released April 21, 2017

“Everything, Everything,” directed by Stella Meghie, to be released May 19, 2017

“Wonder Woman,” directed by Patty Jenkins, to be released June 2, 2017

“An Inconvenient Sequel: Truth to Power,” co-directed by Bonni Cohen, to be released July 28, 2017 “The Beguiled,” directed by Sofia Coppola, to be released June 30, 2017 (Focus Features)

“Paris Can Wait,” directed by Eleanor Coppola, to be released May 12, 2017 (Sony Pictures Classics)

“The Nightingale,” directed by Michelle MacLaren, to be released August 10, 2018

This Article is related to: Film and tagged A Wrinkle In Time, Female Filmmakers, Wonder Woman