The film debuts on April 7 on the cable channel. 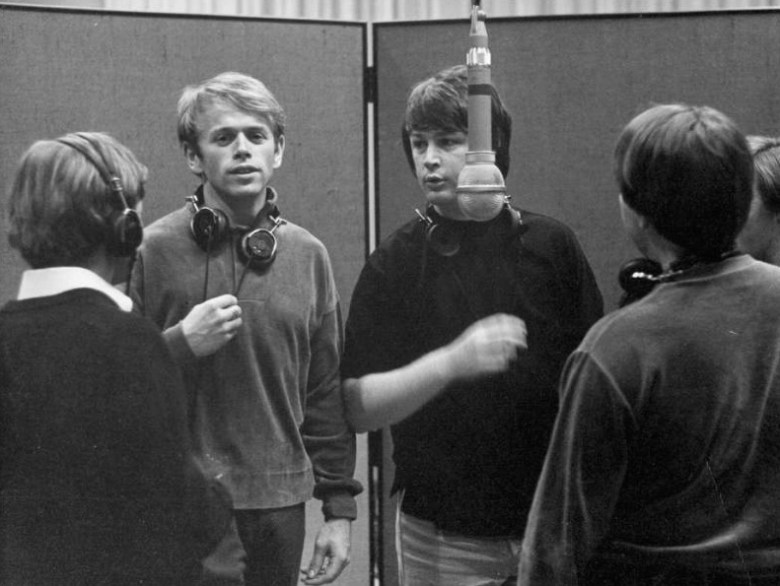 The official fiftieth anniversary of the release of The Beach Boys’ seminal album “Pet Sounds” may have come and gone — it was last May, for those of you keeping track — but Showtime’s newest documentary, “The Beach Boys: Making Pet Sounds,” uses the ol’ anniversary peg to tout what looks to be a very insightful new look at the band, the album, and its impact on music at large.

Featuring interviews with Brian Wilson and surviving members of The Beach Boys — including Alan Jardine, David Marks, Mike Love, Bruce Johnston and more — the new doc revisits the writing and recording of the landmark album.

READ MORE: ‘Love & Mercy’ Director Made You A Soundtrack Featuring Brian Wilson and The Beach Boys

The film’s latest teaser trailer is set to the classic sounds of the song “Wouldn’t It Be Nice,” using it as both canny background and actual inspiration for some of the film’s major talking points. Glimpses of various participants — including lots of Brian Wilson, because no film about “Pet Sounds” would be complete without its mastermind — bolster the relatively quick video, making it clear that the new doc has plenty to offer for fans of the Boys and music in general.

Check it out below.

“The Beach Boys: Making Pet Sounds” will debut on Showtime on Friday, April 7 at 8PM ET/PT.

This Article is related to: Film and tagged Showtime