Stars Jerrod Carmichael, David Alan Grier and Loretta Devine open up on what they fight for when it comes to the groundbreaking NBC series. 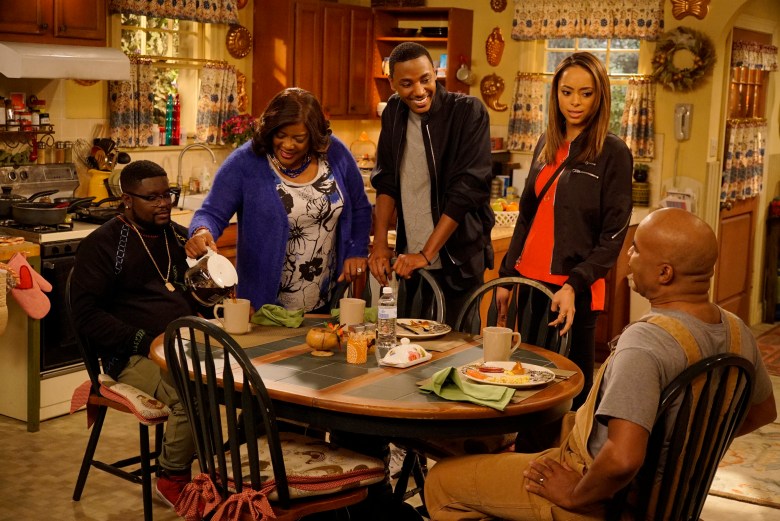 The cast of NBC’s “The Carmichael Show” learned an important lesson early in the show’s run: Be careful what you say about Oprah, or your live audience will turn against you.

“There are things that you learn from your audience about what upsets them,” star Loretta Devine said on Monday, during NBC’s annual summer press day. “We’ll find out something simple like you can’t talk about Oprah in certain situations. I can’t remember what the joke was, but it was something like ‘if Oprah died…’ and they just weren’t having it. There are certain things you can’t say about Oprah. You can’t put ‘Oprah’ and ‘death’ in the same sentence.”

READ MORE: Jerrod Carmichael on His Ultimate Goal For ‘The Carmichael Show’ and Why Stand-Up is Acting (Consider This)

But that doesn’t mean the NBC sitcom shies away from controversy. In fact, the exact opposite is true. “The Carmichael Show” built a reputation for taking on tough subjects during its first two seasons, and according to the cast, the upcoming third season more than follows up on that. Upcoming episodes include ones devoted to Joe (David Alan Grier) potentially having an illegitimate son; sexual assault; assisted suicide; “rules of being a black person” and the “N-word.”

“All these fun topics,” star and creator Jerrod Carmichael joked.

Here’s everything else IndieWire learned from Carmichael, Devine and Grier, including what Carmichael is watching on TV right now, why Grier thinks the show is “Black-er” (and not “Black-ish”), and why Carmichael is holding off on tackling Trump.

Carmichael loves the current explosion of series featuring black voices, like “Atlanta.” “It’s great. It reminds me of my favorite eras of music, when a lot of my favorite artists would release albums on the same Tuesday. That was great. You went and bought all the albums. Great art contributes to great art. So I love what ‘Atlanta’s’ doing, that’s fun to watch. And hopefully it’s mutually satisfying.”

This is the sweater David Alan Grier wore to the NBC event. “I’m getting a lot of sweater love today,” he said — and deservedly so.

Carmichael is still figuring out how he wants to approach the subject of Trump’s presidency. “I have a perspective on it, but I’m figuring out exactly how that translates. I don’t want to do the easy thing: ‘Trump is bad.’ It’s the easiest thing to do every week, you read three articles that say ‘blank’ takes down Donald Trump’ and they don’t. I don’t know if you’ve noticed, but it hasn’t been working. So I don’t want to contribute to noise. I want to contribute interest and perspective.”

Devine wasn’t always a fan of Carmichael’s. “I saw his comedy on the airplane when I was flying to New York for something, and I did not think he was funny at all. I was going, ‘Ooooh, no he didn’t’ more than I was laughing.”

Carmichael met co-stars LilRel Howery and Tiffany Haddish through the stand-up community. “Rel, I first saw him do stand-up on a YouTube video. I saw him in LA, and I ran up to him on the patio of the Comedy Store [and said] ‘I’m a huge fan of yours!’ And he’ll never admit this, but he was so off-put by it that he was like, ‘That’s good man, relax.’ He was, like, annoyed by me. And Tiffany, six years ago, yelled at me, ‘Find something for me to do!’ And so I did.”

When it comes to other shows, Carmichael watches “a little bit of everything.” “I don’t think I’ve seen the entire series of anything recently, but if it’s on TV I try to give it a shot. Anything from ‘Insecure’ to ‘BoJack Horseman,’ I’m watching it all.”

Grier’s perspective on the business has changed over the years. “The process of creation is always the same, it’s the measurement of success is different. If I see you on TV I’m going to go, ‘Wow you got a hit show.’ I’m not really following the ratings. As an actor, you can’t control that. My agents call me and say if it stinks or if it’s good.” Working with network executives has been a positive experience for Carmichael (except for the Standards department). “I really think that a lot of the things we do is the reason why a lot of these executives got into television. I think people inherently don’t want to make mindless things. They want to be excited by the content they’re making. And I think the things we talk about excite them because they’re true and it’s real. So as reluctant as Standards is, I think a lot of the executives are excited by the subject matter. It’s alluring to see how we can pull that off in 22 minutes. I think we speak to that place inside of them. [laughs] Either that or they hate us. I think they love us though.”

Devine is intrigued by the way the show challenges Standards and Practices. “If the N-word airs I’ll be shocked, but they said they used it a lot back in the ’70s, and I was aware of it. There are some things that have become politically correct and it’ll be interesting to see what boundaries you can cross, and how this show crosses them in a humorous sort of way.” [Note: Carmichael has confirmed that the N-word will be said unedited in the upcoming episode.]

How Carmichael prepares Devine for a potentially tough episode: “He always hugs me when something bad is coming,” she said. When it comes to the multi-camera format, Carmichael sees the potential for innovation in the writing. “We have a great director — this season Gerry Cohen is directing all of our episodes — and we’re having so much fun finding new ways visually to bring life to the format, so it’s these subtle changes. But the truth of it is that of a stage play and it’s all about connectivity with the audience, both immediate and on television. So breathing new life is mostly through material, and that’s reinvigorating.”

How have things changed for Devine since she starred in “A Different World”? I have a little more voice now than I did… I can say ‘I don’t like this’ and be done with it. I care so much about everything coming out as the truth, which is a major theme of Jerrod’s. The show brings a great amount of honesty… And you can fight for things, Jerrod will listen. He’ll go ‘Okay, okay.’ So I love my job in that way because I feel like I’m a part of everything that it is and I care a lot about it.”

And what does Devine fight for? “I always feel that the show is very male-driven because of the relationship that Jerrod has with his father and his brother. They like to talk to them, and sometimes I think that the women are excluded. So I’m always fighting to get the mother in there, to have her opinion known, and to have the women’s opinions known. Those are the kind of fights I can have these days that I was too afraid to have on ‘A Different World,’ where I read the script that was given to me.”

For Grier, the more real the episode, the better. “The episodes I like doing are the ones in which comedy and tragedy were just smacked together, but that’s how life is. You know there are so many times when you’re in deep pain, but you’re making the most inopportune jokes. But you have to, to release that pressure. As an actor, as a communicator, I like those moments and hopefully they work, because that’s so real. There’s no ‘ish’ in our show. We’re not ‘Black-ish,’ we’re ‘Black-er.’ Emotional-er. Not -ish. That’s what I like.”

“The Carmichael Show” Season 3 premieres May 31 on NBC.