Margaret Atwood’s novel, which Hulu is bringing to life in April, resonates with women’s rights today. 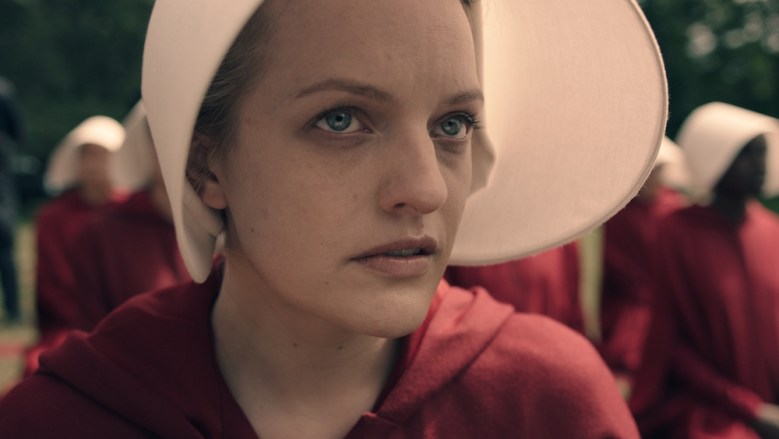 Hulu’s upcoming adaptation of “The Handmaid’s Tale” has some real-life supporters.

In an eerie show of defiance, women wore “The Handmaid’s Tale”-inspired red robes and white bonnets to the Texas Senate on Monday, reports The Huffington Post. On the docket that day were several abortion-related bills that could restrict women’s reproductive rights.

Some of the legislation included a ban on second-trimester abortions and a bill that would would allow doctors to not get sued for malpractice if they didn’t disclose a fetal abnormality. Women dressed as Handmaids sat in the Texas Senate gallery, but were later ejected when they attempted to display protest signs, which is a violation of the chamber’s rules.

A Handmaid’s Tale comes to life in the Senate Gallery. #FightBackTX pic.twitter.com/aLAOLRKH2j

In the original Margaret Atwood novel, handmaids are the few fertile women left who are used to breed for others in a dystopian future. The uniform designates that they are not in charge of their own bodies — used as a symbol in real life, it’s a stark reminder that today’s women will not quietly submit to having the fate of their health decided by others.

At the recent SXSW Festival in Austin, Texas, women dressed as handmaids also showed up, but this was to call attention to Hulu’s highly anticipated series adaptation and unrelated to the abortion legislation protests. It was still a haunting and effective sight.

This Article is related to: Television and tagged Hulu, The Handmaid's Tale