The Showtime series premieres with two back-to-back episodes on May 21. 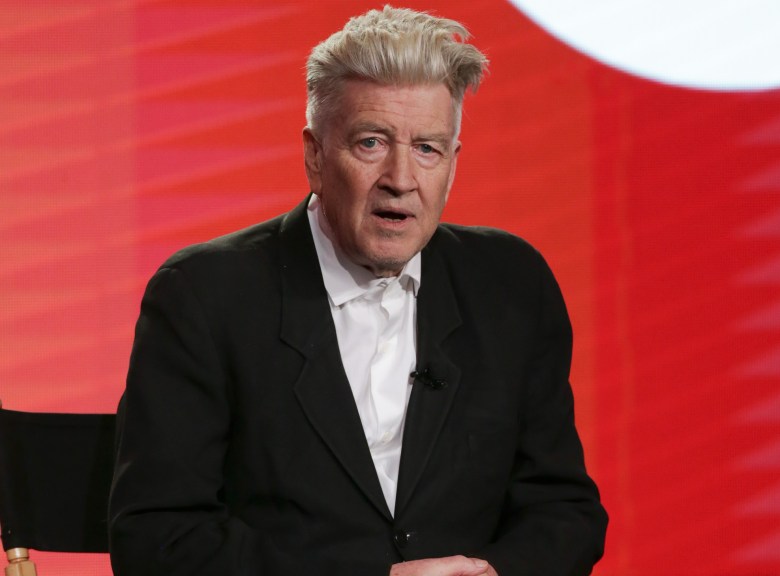 David Lynch has notoriously kept any information about the “Twin Peaks” revival a secret, so much so that even Showtime has had to go to great lengths to come up with creative ways to promote the series.

In a profile with GQ, Watts called shooting with Lynch “a game of guessing and torture, but in a sort of pleasant way, and then not knowing becomes part of the fun.”

READ MORE: ‘Twin Peaks’: These Laura Palmer Missing Posters Have a Hidden Message in the Hotline

In the interview, Lynch, the cast and even writing partner Mark Frost some of the ways the auteur has fanatically kept his secrecy about the project:

1. Don’t Even Tell the Cast the Revival Is Happening: Most of the returning cast members had no clue that “Twin Peaks” was returning until they read about the news online and emailed Lynch. His response? “I’ll be seeing you very soon in the beautiful world of Twin Peaks.”

2. Keep the Actors in Silos: Lynch believes in only giving people “what they need.” He explained, “There isn’t really a need to have everybody read the whole script. So they get their scenes. And when we work together, they ask many questions, and they get answers.” The scripts also had many pages blacked out so that actors couldn’t read other scenes.

Robert Forster, who is a new cast member in the revival, described it like being part of a painting. “You know that [the artist] is putting your color into that creation for a reason,” he said. “You don’t know the reason, as the dot of red paint does not know why it is [in a painting]. But David Lynch knows why it’s there.”

3. Don’t Send Scripts Digitally: In a move that would meet Edward Snowden’s approval, the show hand-delivered hard copies of scripts to many of the cast members.

4. Keep the Actors on Standby: The stars couldn’t even spoil what their scene was going to be, because they were only given their locations on the day of filming.

5. Create a Psychic Connection: In some cases, Lynch has worked with someone so much that the actor has become an alter ego of sorts, and can even understand the director without the need for many or any words at all. “He might say something simple, like ‘Slower.’ Or ‘There’s a wind,’” said Kyle MacLachlan, who returns for the series. At times, they’ll just stand side-by-side silently, getting whatever information they need from the wind.

7. Even Keep Your Partner in the Dark: Frost may have helped write the revival, but what it become is out of his hands. “I haven’t seen the finished product yet,” he admitted. “David’s still working.”

8. Make Everyone Adore You: This level of secrecy requires a lot of trust, and somehow, Lynch is able to earn that level of utter devotion from his cast. Returning star Sherilyn Fenn admitted, “He kind of hypnotizes you.” Belushi added, “There’s nothing bigger than David. We all submit.” Naomi Watts summed it up best: “You just fall into that love for him.”

“Twin Peaks” picks up 25 years after the events of the original series. Very little is known about the plot, but Kyle MacLachlan is returning along with a slew of other original cast members, including Mädchen Amick, David Duchovny, Sherilyn Fenn, Miguel Ferrer, Sheryl Lee, Peggy Lipton, Harry Dean Stanton, Russ Tamblyn, Alicia Witt and Grace Zabriskie. All 18 episodes have been directed by David Lynch, who co-wrote the series with Mark Frost.

The first two episodes will premiere back to back on Sunday, May 21 at 9 p.m.

This Article is related to: Television and tagged David Lynch, Showtime, Twin Peaks