Season 3 will see the return of Jon Hamm as Reverend Richard Wayne Gary Wayne along with Laura Dern, Fred Armisen and many others. 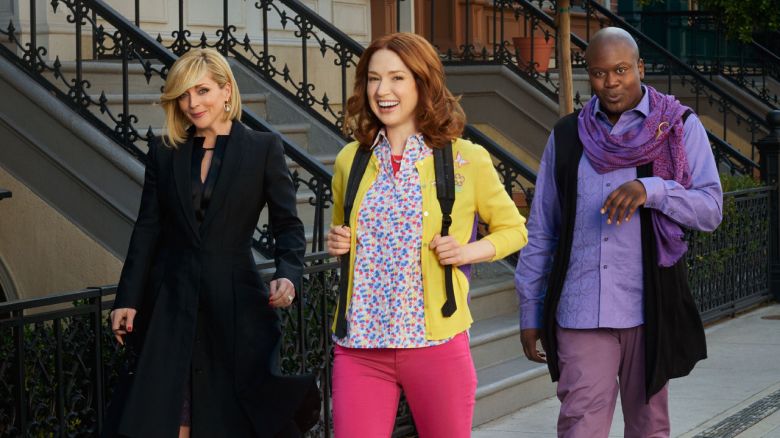 It’s a miracle! While we still have to wait a couple of months for its return, we now have our first look at Season 3 of the Emmy-nominated “Unbreakable Kimmy Schmidt.” Netflix has released four new stills from the upcoming season, which will premiere at the Tribeca Film Festival in April, along with the official synopsis for the season premiere and a list of guest stars who will be appearing.

After tracking down her long-lost mother, Season 2 ended with Kimmy (Ellie Kemper) receiving a phone call from the man who held her and her fellow “Mole-Women” captive for 15 years —  The Reverend Richard Wayne Gary Wayne (Jon Hamm).  Shockingly, it turns out that Kimmy and The Reverend are in fact married, and the Reverend wants a divorce.

According to the official synopsis for the season 3 premiere, “Kimmy finds herself in an unfamiliar position with the Reverend back in her life. Titus returns from his cruise and auditions for an exciting new role. Lillian has to break up with her boyfriend Robert Durst.”

Season 3 will be available to stream on Netflix beginning Friday May 19. Check out the first stills below.