“You should actually write that in the article. She doesn’t know it." 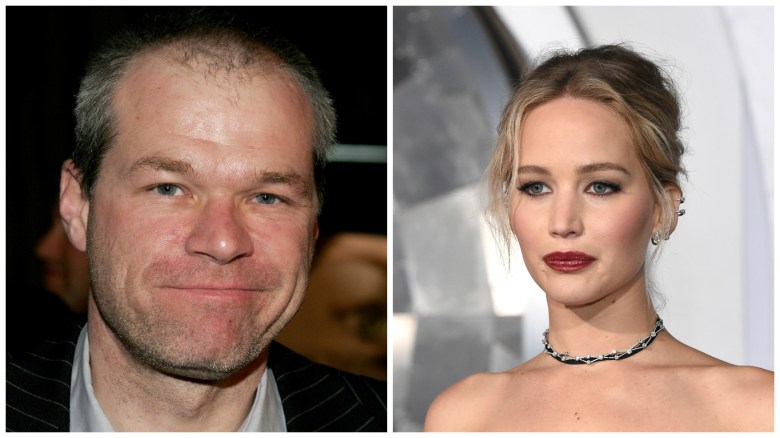 There are many gems buried in Vanity Fair’s fantastically intimate and appropriately bizarre profile of newly retired director Uwe Boll — please, do check it out here when you’ve got the time it requires — but few are as eye-popping as the dual revelation (unearthed by an eagle-eyed Vulture) that Boll a) once lived in Jennifer Lawrence’s childhood home and b) read her diaries while sleeping in her bedroom. Cool.

As Vulture reminds us, “though Lawrence was partially raised in Kentucky, she landed her first TV role at 16 and convinced her parents to move to L.A. during her teenage years, so it’s ostensibly possible her childhood belongings are tucked away on some bookshelf in L.A. somewhere.” And, apparently, that’s precisely where Boll lived during some of his LA years — as the article details, he now lives in Vancouver, where he runs a restaurant and bemoans the fact that Hollywood never fully appreciated his genius.

The “Blubberella” and “Bloodrayne” director has plenty of thoughts on all sorts of people in the industry, details that are neatly tucked away in an absolutely uproarious paragraph that contains the Lawrence revelations. To wit, it read:

One of Boll’s frequent pronouncements is “It’s totally absurd!,” said in cadences more gleefully bemused than indignant. He gets a kick out of Hollywood in particular, delighting in telling about the time Burt Reynolds passed out while on set (“I thought he was dead”), how Kevin Costner demanded to be picked up by a private jet (“He’s a prick”), the time he courted George Clooney for a film (“No fucking response”), and the time he slept in Jennifer Lawrence’s bedroom—and read her teenage diary—when her parents rented out their home in Los Angeles (“You should actually write that in the article. She doesn’t know it”).

Great! Very normal and not at all violating for the Best Actress winner. Fortunately, the article doesn’t go any deeper on what Boll might have read in Lawrence’s diaries, though we admit to being curious about what role he was courting Clooney for. Just think of how very different the Bill Williamson series would be with Clooney in the part of the revenge-driven “Rampage” dude.

These days, Boll is more inclined to produce films, though he would be willing to direct again, given a chance. Tip: don’t call Lawrence up for a role.

This Article is related to: Film and tagged Jennifer Lawrence, Uwe Boll