The Filipina actress had been playing cisgender female roles on stage. 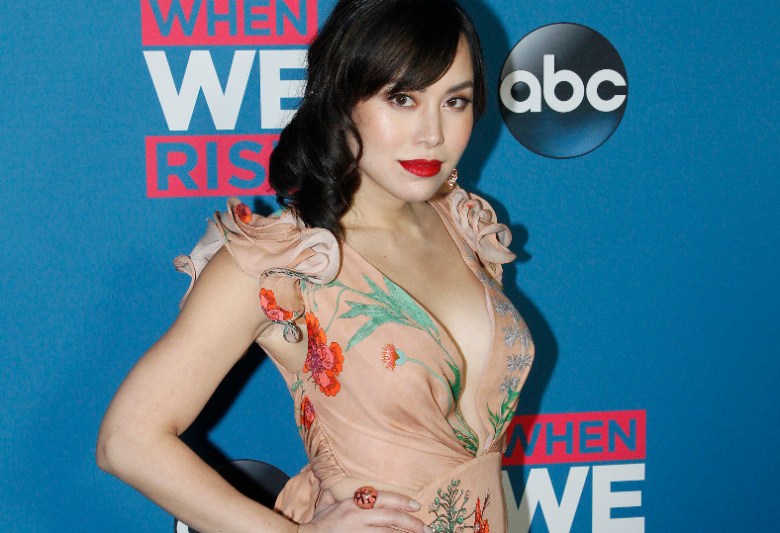 Ivory Aquino, “When We Rise” premiere

Ivory Aquino didn’t come out publicly as a transgender woman until she landed a role on ABC’s “When We Rise,” a miniseries that retraces the gay rights movement in America. She had previously been playing cisgender roles in theater, and only select people knew her gender history.

“This is my first trans role because I have played cisgender roles on stage,” Aquino told IndieWire during the Television Critics Association (TCA) press tour in January. “I have been in New York doing theater, doing Shakespeare. I got to play Juliet two seasons ago in Bryant Park, and no one knew I was trans. And it didn’t matter to the audience because they were so invested in the story. After playing Juliet, for me, I was telling a castmate, ‘I could go to heaven now.’”

READ MORE: Dustin Lance Black Wants to Unite the Nation, Even Trump, With the Gay Civil Rights Miniseries ‘When We Rise’

Even when she auditioned for the role of Cecilia Chung, it wasn’t apparent to miniseries creator Dustin Lance Black that Aquino was actually trans until she made sure that the producers knew. Fortunately, that’s exactly what they wanted. “I think Lance and the creative team was very committed to having the trans characters be played by trans women,” she said. Ivory Aquino as Cecilia Chung, “When We Rise”

Chung is a real-life LGBTQ activist who had immigrated from Hong Kong in the 1980s. In the series, Aquino plays Chung across several decades, pre- and post-confirmation surgery. Today, Chung is still active as an advocate for HIV/AIDS awareness and at the Transgender Law Center.

Once Aquino was cast, there was still a question of whether she’d let it be known publicly that she’s a trans actress. “The whole thing is very sensitive because you want to have people do it on their own time,” she said. “ABC never pressured me to do it, but they did ask if it was addressed that if I would want to address it, and I said yes. They were very supportive.”

Aquino made the announcement herself as part of a story she related on the panel for “When We Rise” at TCA. She had observed even in predominantly liberal and multicultural places like New York, transphobia could exist because of ignorance.

“I live in New York, and … there was someone that I knew. We were having a conversation. He was originally from Serbia. The LGBTQ community was brought up, and he said, ‘Yeah, I hate those people. I can’t stand them,’” Aquino told the room full of reporters. “It was shocking to me that he was saying this. And I live a very quiet, private life, but then I really felt compelled at that point to tell him, ‘Do you know what? I am trans, and you can’t possibly hate a trans person because you are my friend.’”

READ MORE: ‘When We Rise’ Review: Why Dustin Lance Black, Gus Van Sant, and Dee Rees’ Miniseries Should Have Been a Movie

After the panel, Aquino reflected on the many reasons she had come out about being a trans actress. “This pretty much has been a public disclosure,” she acknowledged. “Sure, it is a big thing, but I’m very optimistic that nothing but good things will come out of this because when you live your truth, you’re not afraid to pursue things. I would have not had it any other way, in a public forum.”

Aquino also knew that being public as a trans actress but also playing a transgender woman was important for inclusivity and representation.

“This project is too important and the time is too critical for me to not share myself,” she said. “Just the thought of even just one person maybe hearing my story, feeling the strength to pursue their dreams, to just live like everyone else and love who they want to love, and just find purpose in their life, that’s really what gave me the courage.” Ivory Aquino as Cecilia Chung, “When We Rise”

There’s another reason why it’s important for trans actresses to play the roles of trans women and not leave it up to cisgender men like Jeffrey Tambor in “Transparent.” It not only leads to an inaccurate misconception of what a transgender woman is, but it also increases the likelihood of violence against trans women.

Aquino explained, “If you see a trans character being played by a cisgender male, at awards shows afterwards or at interviews when the larger population sees on television that, ‘Oh, at the end of the day they took a wig off, they took their makeup off, and here’s a man standing there,’ it sends the wrong message out that trans women are men behind all that.

“That’s not true,” she continued “We have been women since we were born, and it’s been a journey of aligning our physicality with our psyche. So when society does see that portrayal, it sends that [incorrect] message. You have men that are attracted to trans women … but then if that message is out there, they feel the need to assert their masculinity by then being violent against a trans woman after having a tender moment with her.”

It’s a heartbreaking subject, and one that actress Jen Richman has also addressed. With all of these conversations though, Aquino hopes that more people will become informed, and that will allow more trans actors to be hired. She also hopes that they’ll have the chance to play a range of roles like she’s played.

“It’s about time that talented trans actors are given the chance to play cisgender roles if they’re right for the job and if they’re the best actor for the job,” she said. “I’m hopefully going to help along with that movement and for trans talent to be seen for how much they have to offer.”

Aquino makes her debut as Cecilia Chung in Parts II and III of “When We Rise” when it continues airing Wednesday, March 1 at 9 p.m. on ABC.

This Article is related to: Television and tagged Transgender, TV Interviews, When We Rise