The series, which airs Thursday nights on FX, is currently on the eighth episode of its second season. 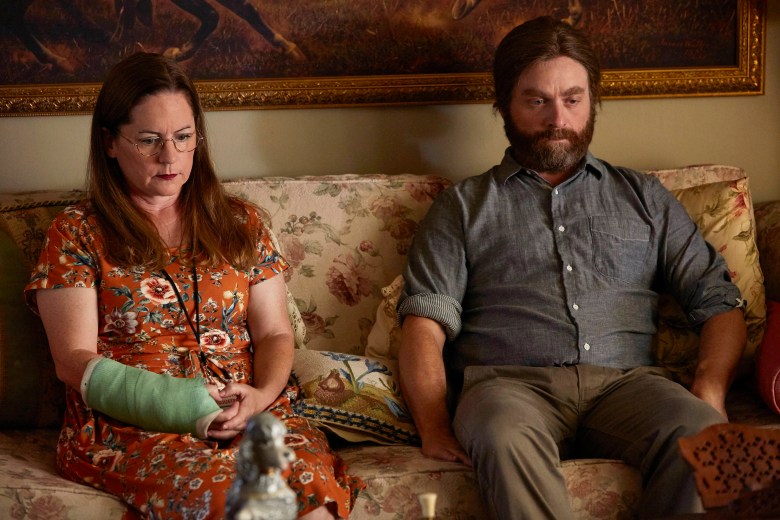 Send in the clown: “Baskets” will be back for a third season on FX.

The comedy, starring Zach Galifianakis as twin brothers Chip and Dale Baskets, is set to return in 2018 with more episodes. “Baskets” is currently on the eighth episode of its second season.

READ MORE: Zach Galifianakis on Keeping ‘Comedy Killers’ Out of ‘Baskets’ and Getting Louie Anderson to Play His Mom

The “Baskets” renewal was announced on Thursday by Nick Grad and Eric Schrier, Presidents of Original Programming, FX Networks and FX Programming.

“This year Baskets has solidified its standing as one of the best comedies on television, building on the momentum of its breakout first season that brought critical acclaim and awards,” said Grad. “Our thanks to Jonathan Krisel, Louis C.K., Zach Galifianakis and the rest of the creative team, Louie Anderson, Martha Kelly and the full cast and crew for taking us on this journey with Baskets.”

READ MORE: An Ode to ‘Baskets’ Breakout Martha Kelly Via a Revealing, Honest and Transcendent Chat

This Article is related to: Television and tagged Baskets, FX, Zach Galifianakis