Netflix's teen drama is a well crafted and highly addictive teen suicide drama without a suicide hotline. If you've known suicidal youth, it's hard to watch. 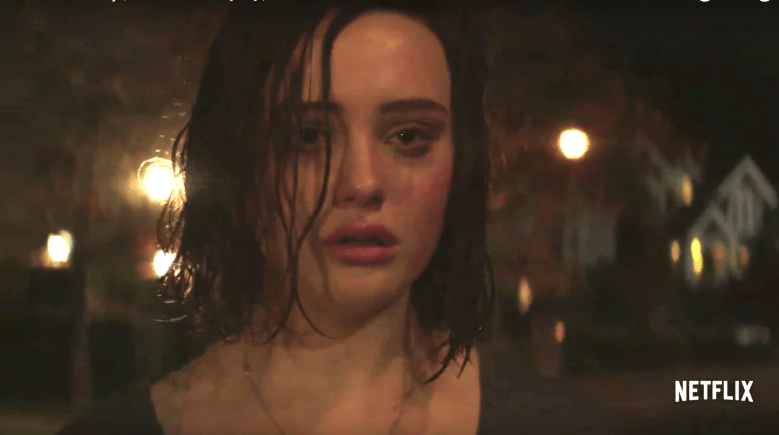 There is a quote, often attributed to François Truffaut, that there can be no such thing as an anti-war film. Here’s his exact words, from this 1973 interview with Gene Siskel in the Chicago Tribune: “I find that violence is very ambiguous in movies. For example, some films claim to be antiwar, but I don’t think I’ve really seen an antiwar film. Every film about war ends up being pro-war.” It’s a line of thinking that could apply to rape and suicide, images of which proliferate onscreen so often it can be difficult to keep track.

That brings us to Netflix’s highly addictive new series, “13 Reasons Why,” based on the young adult novel of the same name by Jay Asher. Created by Tony-winning playwright Brian Yorkey with executive producer Tom McCarthy, it is a melodramatic thriller about a young girl named Hannah Baker (played by charming newcomer Katherine Langford) who takes her own life. Rather than a note, Hannah leaves tapes detailing the 13 reasons why she did it, with each side labeled for a different person in her life. As shy boy-next-door Clay Jensen (Dylan Minnette), who had a crush on Hannah, slowly makes his way through the tapes, we learn about the bullying and slut-shaming Hannah endured.

Though there is a graphic content warning before each episode, there is no hotline listed for someone to call if they are having suicidal thoughts; most teen-targeted shows that tackle heavy subjects, like “Glee” and “Pretty Little Liars,” are careful to do that at the end of their episodes. However, Netflix said they chose not to because “there is not a singular crisis hotline that encompasses the reach of all our viewers globally.”

Given Netflix’s global platform, there is not a singular crisis hotline that encompasses the reach our all our viewers globally. Instead, we opted to create a global resource website (13ReasonsWhy.info) where viewers can source regional specific crisis help information should they need. This site appears prominently in our 30 minute After Show, has been pushed extensively on all social media platforms for the series (where this audience lives) and we know through partners both in the US and abroad that viewers are using the site as a way to connect with local health experts.

Netflix also said that  “Beyond The Reasons,” which appears immediately after the 13th episode, includes medical experts who were consulted in the show’s creation.

With an auteur-heavy roster of directors like Gregg Araki, Carl Franklin, and McCarthy, the series takes an artistic approach to its rather lurid storytelling. The mystery draws viewers in, and the drama is anchored by strong performances from Minnette and Langford, as well as more familiar faces like Kate Walsh, Brian d’Arcy James, and Josh Hamilton. It’s one of those Netflix shows you can watch in a few days, keeping you on the edge of your seat. However, anyone who has ever worked with suicidal youth will find it difficult to enjoy. (Full disclosure: I volunteered with the Trevor Project, a suicide hotline for LGBTQ youth, for two years).

Therapists have long been aware of the connection between media depiction of suicide and a spike in suicide rates. An Australian survey of over 20 relevant studies from 2010 concludes: “There is good reason to expect that entertainment media depictions of suicide could lead to imitation acts: Such portrayals are widespread, often send a message reinforcing suicide as a course of action, often include graphic footage of the method of suicide, and often appeal to young audiences.” With a cast chock full of dreamy teens, the high-school setting, and melodramatic content, “13 Reasons Why” is definitely aimed at young audiences. Whether it reinforces suicide as a course of action is debatable, but Hannah is memorialized and even martyrized by the tapes — not to mention getting a whole TV show about her life. As the tapes reveal more about her struggles, the people she blames not only feel guilty, but also fear legal ramifications for her death. The entire school mourns her, and Clay becomes obsessed with finding out the truth.

“I can almost guarantee that within the next year there will be a student we hear about on the news that actually does this exact process with the tapes,” said Kathleen Sutherland, a family therapist in Manhattan. She works with at-risk youth in the child welfare system, who have high rates of suicidal ideation.

Though Sutherland watched the entire series, she said she felt “mortified … it made it seem like that option was easy and painless. For someone who is in pain and wants to get revenge it almost shows, ‘This would be a good idea.'” When a co-worker told her of a client who expressed interest in watching the show, she advised them to discourage it. “It really did not sit well with me, but it was also something that I could not stop watching.”

This Article is related to: Television and tagged 13 Reasons Why