"Saturday Church" and "Shadowman" were the runners-up. 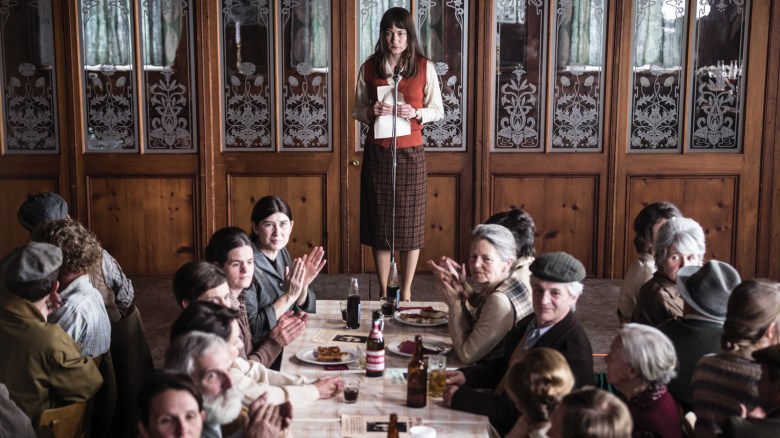 The Tribeca Film Festival has announced this year’s Audience Award winners: “The Divine Order” and “Hondros,” which won the narrative and documentary prizes, respectively. “Saturday Church” and “Shadowman” were the runners-up.

“It is always exited to see what resonates most with the audience, and this year both the narrative and documentary winners represent smart filmmaking and impactful storytelling,” said Tribeca Film Festival’s Paula Weinstein. “On behalf of the Tribeca team, we congratulate ‘The Divine Order’ and ‘Hondros’ as the 2017 Audience Award winners, and hope moviegoers worldwide get to experience these powerful films.” Petra Volpe wrote and directed “The Divine Order,” a period piece about the Swiss suffragette movement. “Hondros,” which was co-written and directed by Greg Campbell, follows the war photographer Chris Hondros from the Kosovo War in 1999 until his death in Libya in 2011. Both directors will receive $10,000 and a piece of art work.

READ MORE: The 2017 IndieWire Tribeca Bible: Every Review, Interview and News Item Posted During the Festival

Tribeca announced its juried awards earlier this week, a group led by “Keep the Change,” “Son of Sofia” and “Bobbi Jene.” The festival concludes tomorrow.

This Article is related to: Film and tagged The Divine Order, Tribeca 2017