With a slew of exciting new projects and an exciting new turn in "Colossal," the Oscar winner is back in a big way. But she never really went anywhere. 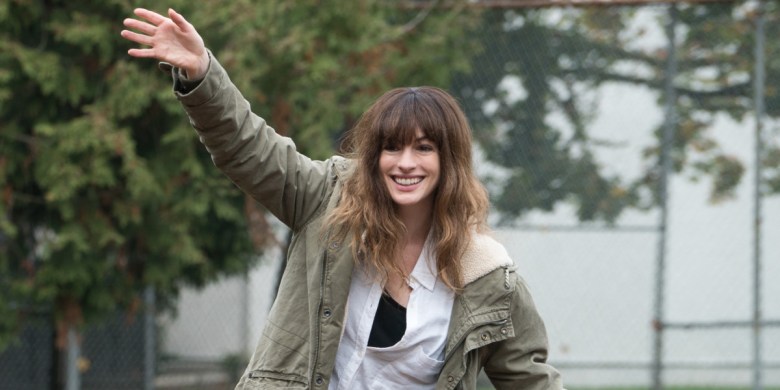 In its opening act, Nacho Vigolando’s newest genre-subverting feature, “Colossal,” plays like the world’s most unexpected “The Devil Wears Prada” sequel. Imagine if Anne Hathaway’s Andy Sachs didn’t have that last-act change of heart, compelling her to reject the empty offerings of Miranda Priestly, and instead stayed in Paris with her steely-eyed mentor and clawed her way to the top of the fashion journalism heap, one stiletto-bolstered step at a time. Hathaway’s character in “Colossal,” a burnout alcoholic writer named Gloria, could be Andy just a few years on: fabulous, broke, exceedingly wasted.

That’s where “Colossal” starts. That’s hardly where it ends.

Vigolando’s film introduces us to Gloria at her lowest ebb, unveiling an anti-heroine for the ages (and also the kind of “strong female character” that so many Hollywood movies tend to lack) and then twists her resurrection story into some mighty unexpected shapes. It’s a deeply funny and viciously clever mashup of monster movie tricks and rom-com tropes. As its star, Hathaway gets to do the kind of heavy lifting and complex character work that should remind audiences of her unique performative power.

Above all else, in “Colossal,” Hathaway is funny — and she’s always been funny, even back in the “Princess Diaries” days, when Mia Thermopolis took the goofy nerd trope to absolutely darling ends. Getting a read on Hathaway’s personal taste has never been easy, though she’s spent the last few years making her choices more pronounced than ever before, but these more recent credits remain widely underappreciated.

After her Oscar win for “Les Mis,” Hathaway kept an exceedingly low profile — which is better than falling into the kind of post-Oscar rut that often holds down big winners. It got her out of a limelight that turned surprisingly harsh during her awards bid, and brought her to more idiosyncratic, lower-budget projects. But Hathaway, for all her big ticket awards clout and blockbuster turns, has always had indie street cred — just look at her work in films like “Brokeback Mountain” and “Rachel Getting Married.” She just needed the excuse to go back to her roots. In 2014, she returned to Sundance with Kate Barker-Froyland’s “Song One,” a small-scale musical romance that she also produced. The film, which featured Hathaway as a young academic struggling for personal clarity in the wake of her beloved younger brother’s illness, marked Hathaway’s first foray into producing and signaled her dedication to getting the relatively small feature made. The film grossed just $32,251 at the U.S. box office. It’s still Hathaway’s lowest-performing film (though Barbara Kopple’s 2005 misfire “Havoc” never reported its U.S. take and would presumably give “Song One” a run for its low money), but it didn’t scare her off from supporting other ambitious projects. Recently, Hathaway has lined up two new features that she intends to produce, including “Mustang” filmmaker Deniz Gamze Ergüven’s “The Lifeboat” (which she is rumored to also star in) and Jenny Mollen’s “Live Fast Die Hot” adaptation.

Hathaway hasn’t shunned blockbusters and studio films in the interim either — she recently appeared in “Interstellar” and “Alice Through the Looking Glass” — and she returned to “Devil” territory with a starring role in Nancy Meyers’ deceptively flinty “The Intern.” Even that presumed return to form was underappreciated. As an e-commerce wunderkind who is struggling to take her fashion company to the next level while also keeping her personal life from spiraling out of control, Hathaway brought a pathos to the film that was mostly overlooked when it hit theaters in 2015.

But here’s the thing: Hathaway is good in all of these movies, even the ones that most audiences ignored — and she also soars in less serious-minded projects, “The Intern” among them.

Seemingly invigorated by her turn in “Colossal” (and she’s so good in the film, it’s easy to see why she would be), Hathaway’s on a roll. Her upcoming slate points to the kind of smart levity at the root of her appeal. From the ladies-only “Ocean’s Eight” (which, according to set pictures, will include at least one scene of Hathaway giggling while holding a knife during a subway ride, a brand new spin on her persona that shouldn’t shock anyone who sees “Colossal”) to the “Dirty Rotten Scoundrels” remake “Nasty Women” (which will reportedly pair her up with Rebel Wilson), she appears to be resetting her career on her own terms, and having a hell of a time while doing it. And it’s about time everyone started paying attention again.

This Article is related to: Film and tagged Anne Hathaway, Colossal