The Academy Award-winning actress and the late-night host showed off their musical talents in a big way. 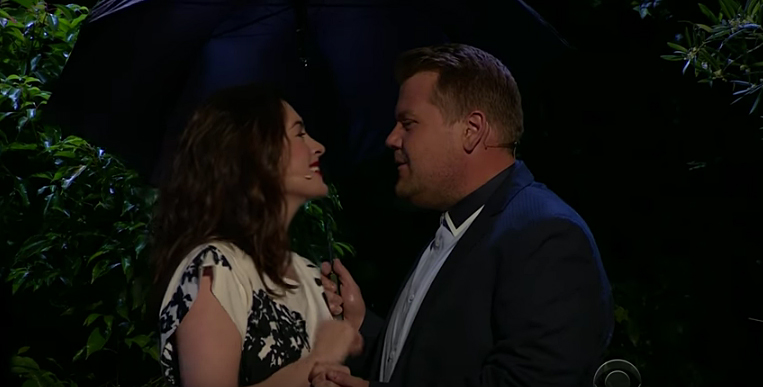 READ MORE: Anne Hathaway Is On a Roll and We Need to Start Taking Her Seriously Again

Set to the tune of songs like Sixpence None The Richer’s iconic song “Kiss Me,” Biz Markie’s “Just A Friend,” Celine Dion’s “All By Myself,” and John Denver’s “I’m Leaving on a Jet Plane,” the actress and the musically talented host chronicled the journey of a relationship from courtship, to heartbreak, and back to love. Watch Hathaway and Corden’s great performance below.

In “Colossal,” Hathaway plays an alcoholic woman named Gloria, whose blackouts control a kaiju that terrorizes Japan. The film opened in theaters in the U.S. on April 7, and is slated for release in Canada this Friday, April 21.

This Article is related to: Television and tagged Anne Hathaway, James Corden, The Late Late Show with James Corden