"Unforgettable" proves that it isn't, but it did better than $100-million Christian Bale vehicle "The Promise." 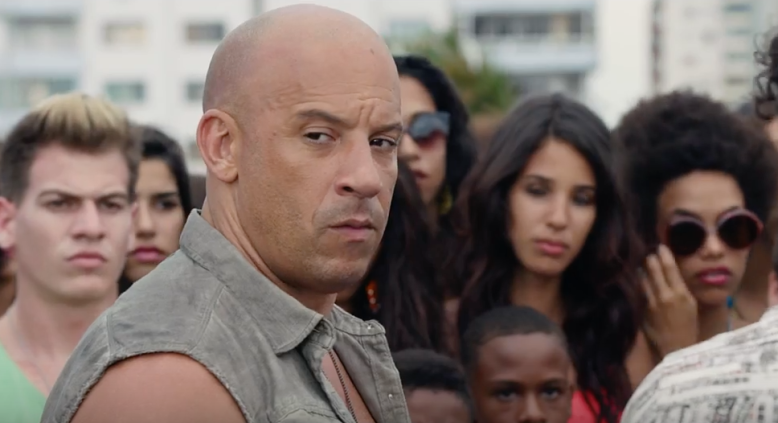 While good news could be just around the corner with “Guardians of the Galaxy Vol. 2” two weeks away, this weekend it’s hard to find much to cheer about. Combined, five new wide openings could barely muster $17 million, while the second weekend of “The Fate of the Furious” saw a 61 percent drop.

The grim details, as well as some positive news, after the Top Ten.

The Top Ten totaled $92 million. That’s 21 percent off from the same weekend last year. Various excuses can be made, including the fact that “Fate” isn’t holding as well as the second weekend of “The Jungle Book.” Year to date we’re still up around five percent. Two of the five wider releases featured prominent actresses with the hope they’d carry the day. However, Oscar-winner Brie Larson hasn’t broken out as a lead draw, and the Katherine Heigl/Rosario Dawson combination in “Unforgettable” couldn’t elevate a lower-budget vehicle that had, at best, mixed-positive reviews.

Emma Watson and Dakota Johnson anchored two of the top 2017 releases (“Beauty and the Beast” and “Fifty Shades Darker”) and late holiday release “Hidden Figures” boasted a strong female ensemble. For the films this weekend, the vehicle, not the cast, ruled.

Anyone who blames the women leads of these films is overanalyzing. Look how little an established star like Christian Bale and the up-and-coming Oscar Isaac added to “The Promise” (“Unforgettable” did better, for the record).

The best of the newbies? The pandas, monkeys, and other characters in “Born in China.” The Best of a Bad Bunch

“Born in China” actually did better the other recent Disney nature offerings, several of which opened just under $5 million. It was produced in China (where it opened last year); if it quadruples its opening to get to $20 million and goes on to post-theater life, it’s profitable for Disney.

“The Promise” is reportedly a lower-investment distribution commitment for Open Road, which has struggled since Oscar-winning “Spotlight.” It’s an expensive passion project ($100 million), initiated by the late Kirk Kerkorian, about the genocide faced by Armenians at the end of the Ottoman empire a century ago. It likely did as well as it could with no help from critics.

Ridley Scott’s company produced the UFO found-footage film “Phoenix Project,” which finished out of the Top Ten for Cinelou at $2 million in 1,592 theaters. That beat “Free Fire” ($1 million in 1,079), and it’s under-$3 million production budget stanches the flow of red.

Holdovers Rule, Though the Optics Differ

The second-weekend fall for “The Fate of the Furious” is similar to what happened with the last two franchise entries. But since “Furious 7” opened about 50 percent better, “Fate” had further to fall. Number six in the series fell a bit more than the 61 percent here, but it had a huge boost from Memorial Day weekend.

The domestic share of this already $740 million worldwide smash is barely over 20 percent, with Japan still to open and add to the foreign haul. That will give “Fate” the lowest domestic part of the total in the franchise, and with likely the lowest ever for a $1 billion-plus smash.

“The Boss Baby” (still in second) and the surprisingly strong “Going in Style” both shed only a fifth of last weekend’s totals. “Boss” now looks to reach over $160 million. “Style” looks like it might reach $50 million.

“Smurfs: The Lost Village” and “Beauty and the Beast” both dropped 27 percent. Still a disappointing result so far for the cartoon characters, but “Beauty” remains positioned for a possible $500 million domestic haul.

“Gifted” went up 45 percent with an increase to nearly 2,000 theaters. Word of mouth is working in its favor. Fox Searchlight is positioned to turn this into a $20 million-plus success, one they badly needed.

“The Lost City of Z” continued the current trend of established specialized distributors expanding rapidly. It made 10th place in only 614 theaters. Again, not eye-popping results, but positioned to thrive depending on audience reaction. Next weekend should tell us much more.

This Article is related to: Film and tagged Box Office, The Fate of The Furious, Unforgettable