The second competition of the Official Selection, the Un Certain Regard program showcases works which offer a unique perspective and aesthetic. 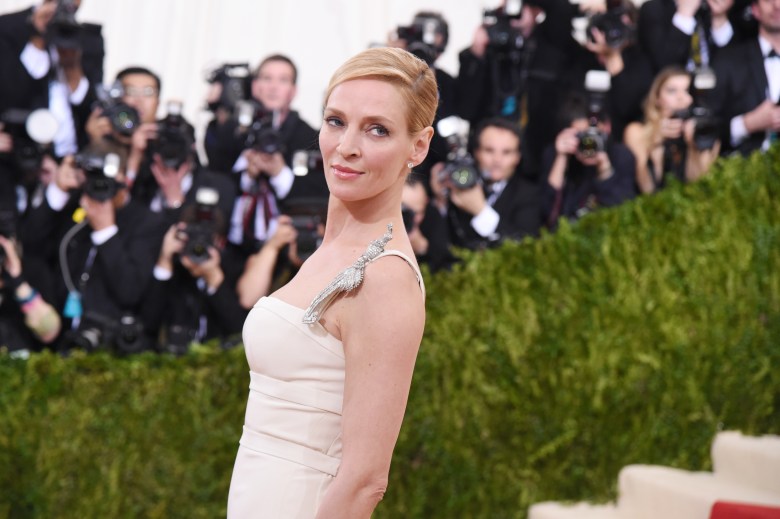 This year’s Cannes Film Festival has announced their pick for President of their Un Certain Regard jury — Cannes regular and American icon, actress Uma Thurman.

Per an official statement from the festival, “In a career spanning more than 20 years, the American actress has made some daring choices and enjoyed taking risks. She made her debut aged 17, in Stephen Frears’ ‘Dangerous Liaisons’ and in Terry Gilliam’s ‘The Adventures of Baron Munchausen.’ She became Quentin Tarantino’s muse, playing in ‘Pulp Fiction’ (Palme d’or winner, 1994) and in ‘Kill Bill’ (volumes 1 & 2), both presented at the Festival de Cannes. Since then, Uma Thurman has worked with many directors, including Andrew Niccol (‘Gattaca’); Woody Allen (‘Sweet and Lowdown’); Roland Joffé (‘Vatel’) and Ethan Hawke (‘Chelsea Walls’). She recently joined the cast of Lars von Trier’s new project, ‘The House that Jack Built,’ alongside Matt Dillon and Bruno Ganz.”

READ MORE: 17 Shocks and Surprises from the 2017 Cannes Lineup, From ‘Twin Peaks’ to Netflix and VR

The statement continues, “Her filmography encompasses everything from action films to science fiction; intimate dramas to light comedies. This wide variety is a testament to her free and independent spirit, nurtured by her childhood in a hippy family. Whether playing crazy, sexy or dominant, the woman whose namesake is the Hindu goddess of beauty and light has definitely entered the pantheon of movie greats, with several of her scenes attaining cult status.”

In 2011, Thurman served as a member of the jury under Robert De Niro. More members of the Un Certain Regard jury will be announced in the coming days.

You can check out the full Competition lineup — including Un Certain Regard — right here.

This Article is related to: Film and tagged Cannes, Festivals, Uma Thurman, Un Certain Regard