The opening night 2017 Tribeca Film Festival entry isn't a movie so much as an extended tribute. 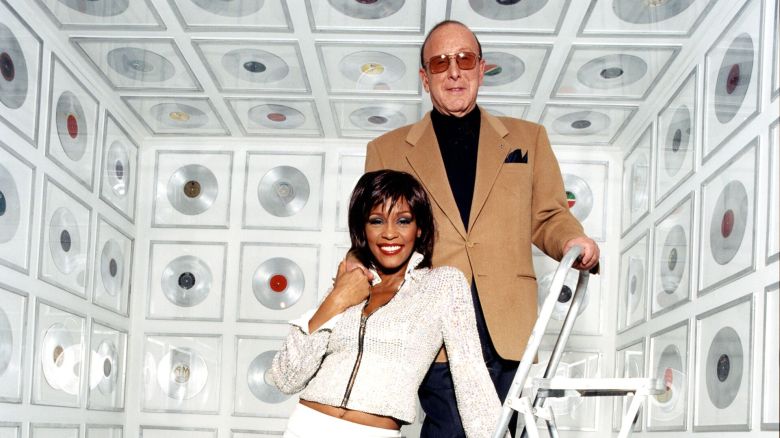 “Clive Davis: Soundtrack of Our Lives”

Clive Davis may be a legendary music mogul, but according to the documentary “Clive Davis: The Soundtrack of Our Lives,” he’s basically a god. This glossy, authorized portrait of Davis’ crucial role in the careers of major pop artists from the sixties through today spends roughly 120 minutes cycling through the timeline of Davis’ career, as appreciative stars shower him with praise in a constant loop.

Director Chris Perkel, who also edited, hasn’t made a movie so much as a prolonged tribute reel with ample material to fuel a dozen lifetime achievement award ceremonies. Anyone unfamiliar with Davis’ accomplishments will certainly learn more than a few of them, but that’s where the strength of “The Soundtrack of Our Lives” ends.

Of course, Davis’ contributions to pop music across multiple generations is formidable, and the movie doesn’t need to do much aside from sharing performance footage of these figures to make that case. Literally. Even a partial list says it all: Janis Joplin, Whitney Houston, Patti Smith, Barry Manilow, Earth, Wind and Fire, Kenny G, Aretha Franklin, Puff Daddy…they all appear in Perkel’s assemblage and do their part to enhance the Davis mythos. Their successes speak to Davis’ uncanny ability as “a hit addict,” as one colleague refers to him, and explains why he remains the envy of record producers everywhere. “Deep down,” says Simon Cowell in one of many superficial interviews, “we all wanted to be Clive Davis.”

Fair enough, but the hagiographic tone only worsens once Davis himself takes centerstage as the chief interview subject, speaking from his office with an “aw shucks” air of professionalism that defines the essence of this half-baked salute. There’s no doubting that “The Soundtrack of Our Lives” exists solely to bolster the singers in Davis’ roster. Produced by Apple Music, and given a plush opening night slot at the Tribeca Film Festival alongside a flashy mini-concert from legendary performers with Davis in the audience, “The Soundtrack of Our Lives” is a painfully authorized commercial in documentary clothing.

Still, the bountiful footage and talking heads have been well-arranged to provide a competent outline of his career trajectory, starting with his momentous trip to the Monterey Pop Festival in 1967, where he signed Janice Joplin on the spot, to his paternal relationship with Whitney Houston, and his decision to sign Sean “Puffy” Combs at a moment where many people might be heading toward retirement.

Davis has certainly weathered his professional storms: CBS Records unceremoniously booted him for questionable financial charges in the early seventies, leading him to establish Arista Records at Columbia, where he was eventually pushed out in the nineties for being too old. (“Actually, I was making too much money,” he says in the movie.) In his late sixties, Davis recovered yet again, establishing RCA with a cadre of his longtime peers. “Clive Davis: Soundtrack of Our Lives”

His resilience is astounding, but Perkel crowds out that impressive detail with unending clips of artists unleashing their love for Davis with warm anecdotes and wide-eyed accounts of his uncanny ability to bring out the best of their work. And yes, it’s impressive that he was able to single out “Bridge Over Troubled Water” as the Simon & Garfunkel that would put them on the map — but if you have the access to those great artists, why waste time having them retell that whole story? Again and again, “The Soundtrack of Our Lives” skims the surface, filling out the moments in between various interviews with erratic, amateur video from private events where Davis discoveries sing his praises again and again. Even VH1 specials have better material than that.

With access to such a phenomenal character, the movie can’t help but land on a few endearing moments. The very concept of a nebbishy New Yorker with a multigenerational ear for pop music is a fascinating enigma out of sync with popular assumptions, so it’s obviously hilarious to watch him sitting in his office, bopping his head to Whitney Houston. And there’s enough material for accounts of his judgement calls to provide plenty of charming recollections, such as his ability to talk Kenny G. into doing a Christmas album (“I’m Jewish,” the saxophonist argues, to which Davis rebuts, “I’m Jewish, too”).

Perkel doesn’t skimp on biographical trivia, including Davis’ early drive stemming from his loss of both parents at an early age, and his liberating decision to come out as a bisexual after two failed marriages. Somewhere in this compendium lies an intricate profile of a showbiz maestro driven to success by internal struggles, but Perkel can’t extricate them from the overall worshipful vibe. It’s hard to pierce the deeper truths when your subject is also your chief storyteller, and asked to explain his own appeal. Peering into the camera, Davis recalls of his early studio days, “it became evident that I might have a gift.” To which audiences may be prompted to reply, “Ya think?”

“The Soundtrack of Our Lives” climaxes with Houston’s death, and Davis’ painful decision to face the crowd at his pre-Grammys party moments after the news broke, but even this emotional peak is stymied by the way it’s couched in the context of Davis’ resolve at a dark moment. Once again, the movie glosses over potentially effective insight into a major cultural event — Davis being seemingly blind to Houston’s substance abuse problems — in favor of a bland toast to his greatness.

At the movie’s Tribeca premiere (almost certainly the biggest crowd it will ever receive in a theater) the celebration continued, with singers ranging from Barry Manilow to Jennifer Hudson belting out some of their best-known tunes in between acknowledging Davis in the crowd. Carly Simon’s baffling rendition of “The Itsy Bitsy Spider,” backed by a chorus of schoolchildren, would have been the embarrassment of the evening if it hadn’t been overwhelmed by the blinding glow of reverence for Davis that dominated the room.

Fortunately, the fleeting concert ended on a high note, with a show-stopping Aretha Franklin performance that got the whole room on its feet. It was a welcome reminder that while Davis’ legacy commands vast cultural weight, the music should speak for itself.

“Clive Davis: The Soundtrack of Our Lives” opened the 2017 Tribeca Film Festival. It will be digitally distributed by Apple Music.

This Article is related to: Film and tagged Documentary, Review, Tribeca 2017