Shady Srour's Tribeca 2017 competition film looks at an unconventional business venture through the lens of family and faith. 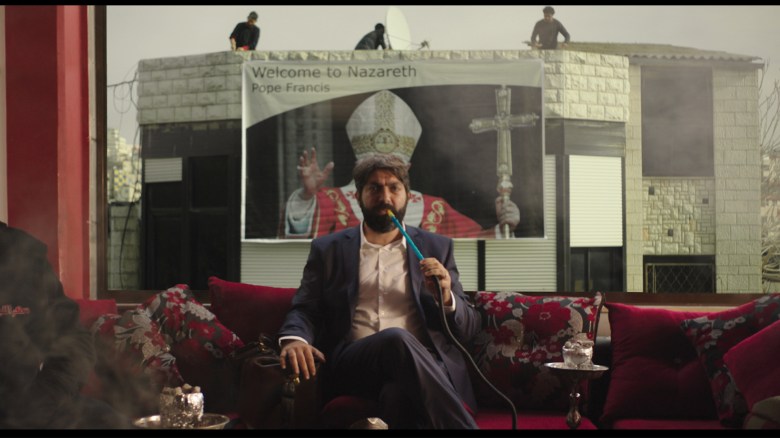 Balancing and preserving a budding progressive family within a framework of traditional spirituality is a difficult task in any city. One film premiering at the Tribeca Film Festival this month shows that going through that process in Nazareth brings with it a special set of challenges.

Written, directed, and starring Shady Srour, “Holy Air” centers on the difficulties and small misfortunes of Adam, a Christian Arab living in Nazareth. Adam is a decent businessman and his pregnant wife, Lamia, is a strong advocate for women’s rights. Things take a turn for the worse for the couple when Adam’s father falls severely ill and Lamia’s pregnancy has complications. In need of money to assist his father and support his growing family, Adam turns to a crafty business venture: selling bottles of holy air from the top of the city’s Mount Precipice, encountering “Catholic capitalists, Jewish bureaucrats, Muslim gangsters” along the way.

“Holy Air” premieres at this year’s Tribeca Film Festival on April 20. Check out the trailer below:

This Article is related to: Film and tagged Tribeca Film Festival