The "Homeland" Season 6 finale chronicled a tragic end for everyone involved, aptly mirroring America's worst fears about modern politics and national security (even if one death may not sit well with some). 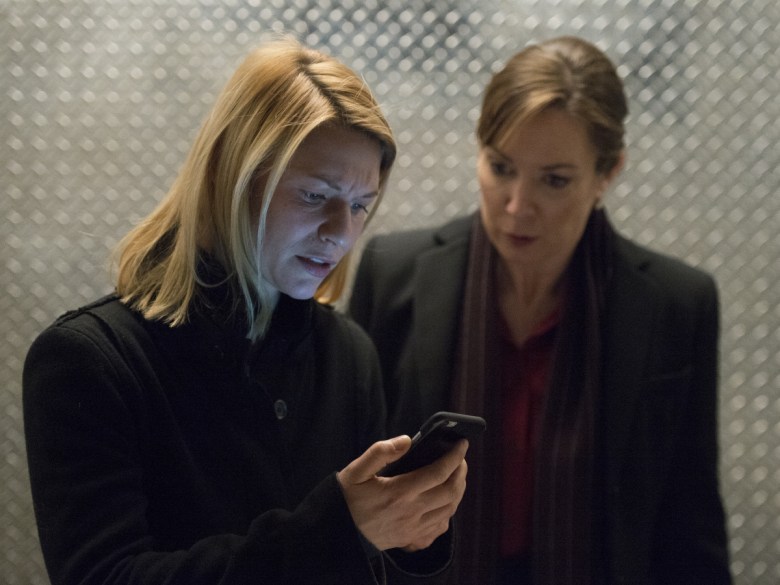 “Homeland” painted a frightening picture of America throughout Season 6, slowly drawing back the curtain on a massive government conspiracy that resulted in a New York City bombing and an attack on the President-Elect’s life. Thrilling enough in its storytelling, especially during the tense first 20 minutes of the finale, Season 6 was made harrowing by the timely nature of its issues to our current political culture. The latest iteration of the Showtime drama argued we, the people, are not only right to be suspicious of our government, but that its current state is dangerous on a national and personal level for everyone connected to it.

“You remember what Graham Greene said, don’t you?” Dar Adal (F. Murray Abraham) told Saul (Mandy Patinkin) after he’d been arrested for his part in the conspiracy to discredit President-Elect Keane (Elizabeth Marvel). “The secret services are the only real measure of a nation’s political health. The one true expression of its subconscious.”

Well, damn if that doesn’t rattle our cages; not only for the narrative within “Homeland” but out in the real world. Season 6 put forth the theory that our biggest problem lies within the government itself, and the internal politics, power plays, and general dishonesty between each branch of our government will lead to widespread chaos, punishment of the innocent, and the death of those most devoted to putting America first.

The latter point was tragically embodied in the finale by Peter Quinn (Rupert Friend), a character who inexplicably survived a debilitating attack last season only to perish while trying to protect the President-Elect from the people who were supposed to protect her. Quinn was a beloved fan favorite, and his role in the show cannot be overstated. His death, however, felt anticlimactic and almost too blunt to be believed. After agonizing over his fate at the end of Season 5, a quick and inarguable resolution was appreciated. (Carrie immediately said he was dead, and his memorial was referenced after the time jump.) But it felt like delayed punctuation for a fate resolved a year ago.

And yet the idea that Quinn’s unexpected resurrection never fully paid off isn’t entirely accurate. Yes, his arc in the new season ultimately turned him into a patsy for General McClendon (Robert Knepper) and his relationship with Carrie never developed beyond the confusing blend of guilt and attraction that’s plagued the couple for years. But Friend’s performance and presence in Season 6 deserves more credit than his literal fate. Friend turned Quinn into a living, breathing ghost. He was always around to have Carrie’s back, even though she betrayed him in Season 5 by waking him up from a coma, risking brain damage in order to protect others. This dug up rich emotional terrain for Carrie, allowing her to engage with a man she’d virtually killed before he actually died. Other shows literally write characters as ghosts or visions to create a similar dynamic, where the living can converse with the dead if only in their heads, but “Homeland” kept Quinn around because a) we didn’t want to lose him, ever, and b) he was a living reminder of Carrie’s limitations. She knew she went to far by waking him up, and she’s actively trying to improve her work/life balance. There could have been more development for Carrie in this regard during Season 6, but Quinn’s death in the finale brought both their arcs full circle: We accepted Quinn’s death, and Carrie came to grips with her role in it. More of her coping with that reality is certainly coming in Season 7.

As to where Carrie will be or who she’ll be working for, well, that’s a mystery. It looked like everything was lining up for Carrie when President Keane offered her a job at the White House, but the last second twist likely nullified their working and personal relationship. Carrie won’t stand for Saul and his peers standing trial, nor will she forgive being used as a false front for the President’s false promises. She told them everything would be OK, and the President made a liar out of her.

What are we to make of President Keane? Is Dar Adal right to remain suspicious of her? Is she secretly unamerican? Or was she right when she told Saul at the start of the episode that she might not be ready for the responsibilities of her job? We’re tempted to think it’s the latter, despite Dar’s haunting words, if only because inability in America’s highest office is more familiar at the moment than malicious scheming. But “Homeland” could easily explore both in the coming seasons (it’s been renewed for Season 7 and 8 already), as the show turns to a more serialized format from year-to-year.

But unlike in recent seasons, no one was a winner at the end of the finale. Carrie was betrayed. Saul and Dar Adal are under arrest. Quinn is dead. Max (poor Max) is a drunk, mourning the loss of his friend. Even supporting characters like Astrid, who died earlier in the season, and Keane, who’s an enigma but certainly not better off, had a horrible year. “Homeland” is pointing us toward a bleak future, and, depending on how literally you take its interpretation of modern politics, there’s no easy way out.

The finale’s final shot found Carrie staring down the government she’s served her entire life, right after she’d been betrayed by its highest office. She said serving in the White House would be the highest honor of her life. Now, not only has that been ripped away from her, but she’s going to have to fight against the people she was about to be working with. The government is fractured. And we’re all paying the price.

This Article is related to: Television and tagged Claire Danes, Homeland, TV Reviews