The "Moonlight" director recalls his encounters with Demme during the last year of his life. 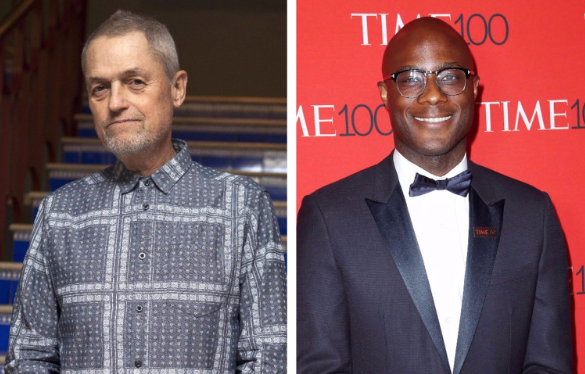 I first met Jonathan at the Toronto Film Festival. I was on stage midway through a Q&A moderated by Cameron Bailey when we noticed a slender gentleman on the aisle, waving frantically. I remember the question revolving around sound — the sound design, soundtrack, the score. What I said in response I’m less sure of because, some words into my answer, Cameron blurted: “Wait… is that Jonathan Demme?”

It was indeed. Afterward, Jonathan found me in the lobby. We hugged and, immediately, it felt as though I’d known him for decades. As I got to spend more time with him throughout the fall, I realized that was simply Jonathan Demme — always open, forever giving. A hug was not simply a hug, it was a coming together, a binding.

I tried calling him Mr. Demme, and he demurred something crazy. Every time, I would start anew with Mr. Demme and, every time, his head would rock back and away, the toothiest grin: “Noooo… Jonathan.” How can a man with this body of work remain so gracious and kind, embarrassed by the reverence showed him?

As promised, Jonathan hosted a screening of “Moonlight” at the Jacobs Burns Center, in Pleasantville, NY. This was his home turf. The pride with which he presented Tarell, the film, and myself to that audience — when a mentor looks at you that way, it’s beyond moving.

The last time I saw Jonathan felt, like all things with Jonathan, so open, a wave running to and from shore; serenity. Finality is a concept that accrues over the duration of things. Jonathan and I had so much more friendship to chart. Had I any idea this would be the last time I would see him…

We sat together at the New York Film Critics Circle ceremony. He had a glorious shiner around one eye. Trey Shults walked by and Jonathan grabbed him — literally took hold of his shirt — and expressed the kinds of things we always dream the people we admire will someday feel about our work. Moments later, in the quiet as he reviewed his very kind notes about me, I gestured at that shiner. He’d  been playing a game, having fun. I forget which, something physical, maybe soccer, basketball — it escapes me because, ever Jonathan Demme, he stopped himself midway, that head rocking back and away, that smile.

I don’t remember Jonathan’s speech that night. I can look that up; there’s tape, there’s a transcript. I’m sure I will someday. What I remember, what I can’t stop thinking about in this moment and will always remember, is that in the midst of me inquiring about his purple onion of an eye, Jonathan Demme said, “But how are you, Barry?”

His smile grew, eclipsed everything. “Barry, I am just so happy to be here for YOU.”

He was the kindest, most generous soul.

This Article is related to: Film and tagged Barry Jenkins, Jonathan Demme, News