Also, Atwood reveals that when it comes to "Game of Thrones," she 'ships Jon Snow and Daenerys. 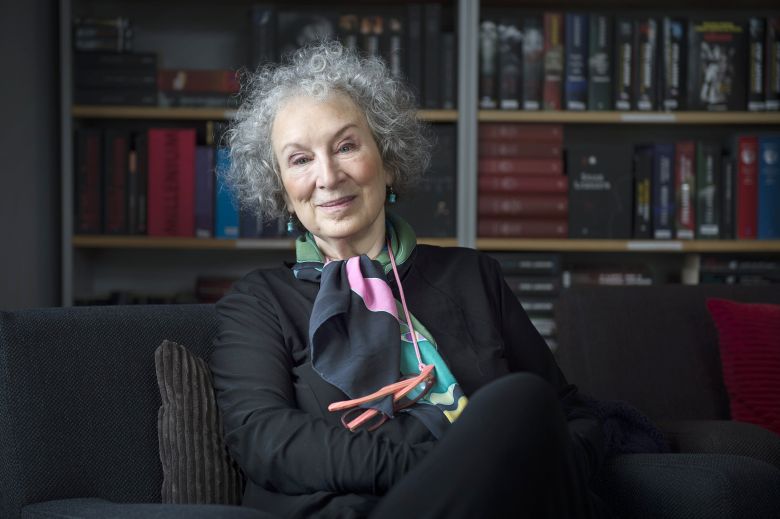 With the recent demand for long-form storytelling and new content, some of our most established writers have found themselves back in the spotlight, as award-winning Canadian author and national treasure Margaret Atwood knows all too well — to the point where she was recently called to expand upon one of her most famous works.

“We just did a special edition of ‘The Handmaid’s Tale’ for Audible. [The original book] concludes with the professor at the end section called Historical Notes, giving a paper. He ends his paper by saying, ‘Are there any questions?'” Atwood explained to IndieWire. “So what we imagined was a question and answer section in which an actor plays the professor and different actors play the people asking the questions. And I play one of the people asking one of the questions. But the answers to the questions were written by me.”

Her particular brand of “speculative fiction” has proved to be a hot commodity as of late, as networks and soon viewers seem to latch onto her particular dystopian method of storytelling. A number of her works are getting the TV treatment — just this month, Hulu and MGM will premiere the Elisabeth Moss-led “The Handmaid’s Tale” just as Canadian broadcaster CBC unrolls a 26-part children’s series based on the author’s “Wanding Wenda and Widow Wallop’s Wunderground Washery,”

On the heels of those shows, and in advance of Netflix’s “Alias Grace” and the upcoming “The Heart Goes Last,” (which is also in development with MGM), it seems like viewers are paying particular attention as they draw parallels between Atwood’s novels (particularly “The Handmaid’s Tale”) and the current U.S. government, making us wonder whether she can actually tell the future. We caught up with the prolific — and maybe prophetic — author, who shared her insights into why her works are experiencing resurgence now, what inspires her these days, and how it all translates in today’s political climate.

Why do you suppose your works are in such hot demand right now?

The “Wandering Wenda” series, I think they were planning that for at least six years. It went through several stages and so it just happened to be finished at this time. But the other things, “Handmaid’s Tale” and “Alias Grace,” each one is a different story but they both depend on this relatively new platform of streamed, episodic television. And that has caused the work of a lot of people to be in demand because it’s a way of treating a novel that doesn’t involve a 90-minute film. You couldn’t put “War and Peace” into 90 minutes. It just would not fit. But you could put it into a series. Streaming collecting the episodes so that people can watch them in sequence, that’s become very popular and it’s created a space for longer novels. Why is there a specific appetite for dystopian stories?

It’s not only in television series and movies… (movies, movies!) but also in books. You see it quite a lot. There’s a new subgenre called cli-fi for climate fiction. People are writing about that quite a bit. I think interest in dystopia comes in times when people are worried. And they’re worried about the future. But it also comes from the fact that you can now make these worlds that you can build out. For instance “Hunger Games.” That’s not climate fiction or anything else; it’s an adventure series with certain premises, but you can make it long. “Game of Thrones,” for instance. It’s so long as a book series that George RR Martin hasn’t even finished it yet. So what’s going to happen when he does? Will it be different than what happens in the television series? Much speculation. And I for one will be quite annoyed if Mother of Dragons does not marry Jon Snow. But, since both the series and the author of the series have a habit of killing people off in great numbers, who can tell what will happen?

Does seeing someone like Anna Paquin or Elisabeth Moss play your characters alter your vision of that character is in your head?

It cannot help but do that. It cannot help but change the way you visualize them. But the other thing the television series is doing, which you’ll see when you’ll see it — while you know that characters that in the book just disappear because Offred (Moss) has no way of knowing what happened to them, in the television series you can follow them and see what is happening in their lives. The Ofglen (Alexis Bledel) figure simply disappears in the book and another Ofglen takes her place. In the series, we see what happened to that first one.

In cases like that, does somebody like showrunner Bruce Miller run theories by you, or is it a surprise to you when you read it or see it?

Some of it is a surprise and some of it he has run past me. With these things just describing it doesn’t really cover it, you really have to see what they’ve done and how they’ve done it. So, yes, we’ve talked over some of the things and some of the other things have been surprises. Not once I’d read the script, but we didn’t talk them over before I got a chance to see what they were. Let me put it another way: if I described to my publishers what kind of books I might be writing they would probably throw up their hands and say, “Why are you doing that?”

Would that still be the case today, given everything you’ve written?

Um… yes. I think so. I mean describing the plot of something doesn’t cover it. You have to be there, inside the world.

A lot of people seem to think you’re a prophet— But why do you think that is? Are people not paying attention or are they happy to be ignorant?

Because if you focus your interest on a certain area of life you aren’t always looking for details and news stories that fit it. But if you’re not focused on that a lot of things just pass you by. So now they’re saying things about “Oryx and Crake” and “MaddAddam,” are all coming true. But that’s based on things people were already working on when I was writing the books. It’s just that I was looking for those things and other people weren’t. So they were there. You can go to the clippings file of “The Handmaid’s Tale” from 1984 and see what I was collecting then. It was there then. It’s just that people didn’t have the power to put it into practice… Yet.

Are there any real life events right now that are piquing your interest creatively?

Well you probably saw the handmaids sitting in the Texas legislature. That could have been right out of the television series. It was eerily familiar. I don’t know. It’s very hard to write things as they’re happening unless you’re a reporter. And even so people get things wrong at the time and hindsight is 20/20. You saw a lot of that in the analysis during the election. How could this have happened? Well here’s how. But they weren’t saying ‘here’s how’ at the time. A lot of people just got this wrong.

Are you surprised at any of the reactions from the right wing over the trailer for “The Handmaid’s Tale?”

You mean, ‘How can anybody write this garbage about Donald Trump?’ [Laughs.] I guess they didn’t check the time it was published. It was published in 1985, so actually no, but interesting you should think that. We did get a bit of that, not when the book came out but when the original film came out [in 1990]. People thinking that you’re writing bad things about their political party or sect. But of course the question is, why are they identifying with it?

This Article is related to: Television and tagged Alias Grace, Game of Thrones, Margaret Atwood, The Handmaid's Tale