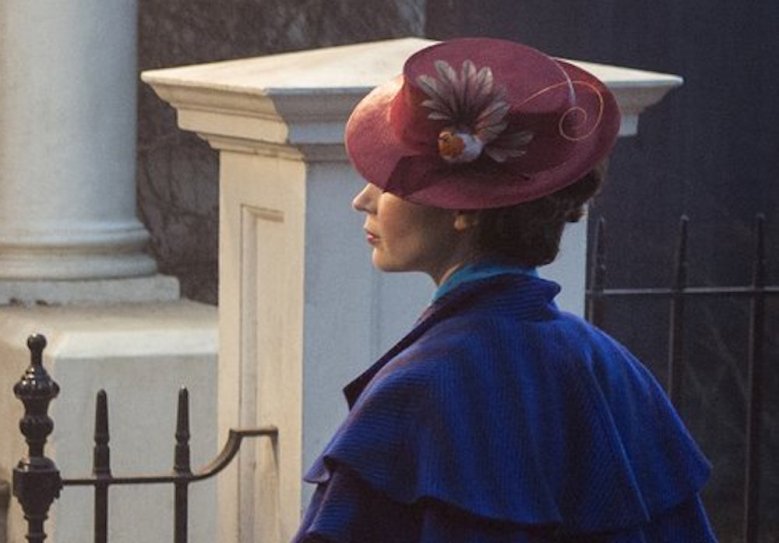 Disney teased out the first image of “Mary Poppins Returns” last month, but the single profile shot of Emily Blunt was not enough to appease fans thirsting for more sneak peeks from the London production. At least one photographer has managed to secure an additional snapshot, Vulture reports. The pic features Blunt on a bike wearing Mary Poppins’ signature hat, flanked by Lin-Manuel Miranda’s Jack. Three children also appear in the photo, presumably Michael Banks’ kids.

Here’s the official synopsis of the sequel:

In Depression-era London, a now-grown Jane and Michael Banks, along with Michael’s three children, are visited by the enigmatic Mary Poppins following a personal loss. Through her unique magical skills, and with the aid of her friend Jack, she helps the family rediscover the joy and wonder missing in their lives.

The sequel to the 1964 classic starring Julie Andrews as Poppins stars Meryl Streep as Mary’s cousin Topsy, Julie Walters as housekeeper Ellen and Colin Firth as banker William Weatherall Wilkins. The film is directed by Rob Marshall, who also directed Blunt and Streep in “Into the Woods” in 2014.

“Mary Poppins Returns” will hit theaters December 25, 2018. Head over to Vulture to see the new pic.