Trapped in an Israeli hospital with his grandfather, young Muhi provides a unique window into the Israeli-Palestinian conflict. 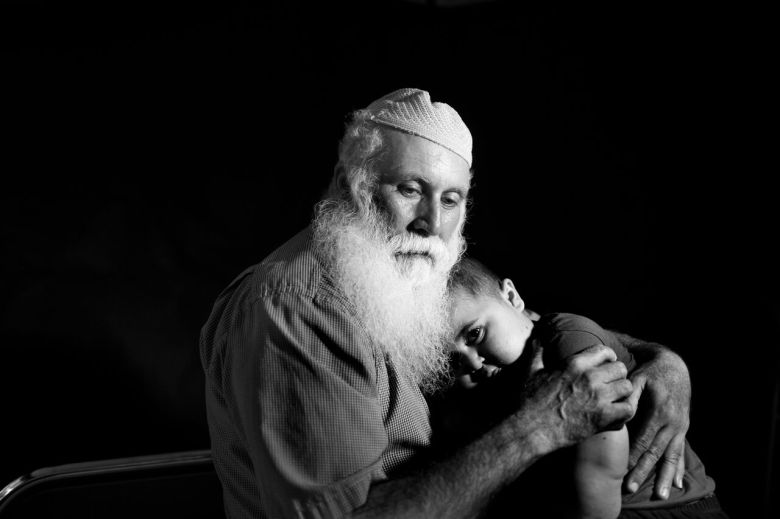 The words “Israeli-Palestinian conflict” are often wielded broadly, in ways that ignore its impact on daily lives. Anyone unfamiliar with the results of this division on a human level would benefit from watching “Muhi: Generally Temporary,” a powerful look at a young child trapped between two sides of a battle that has nothing to do with him.

Jerusalem-based journalists Rina Castelnuovo-Hollander and Tamir Elterman direct this engaging portrait of Muhi (short for Muhammed), who was rushed to an Israeli hospital in his infancy, where his limbs were amputated as a result of an infection. Then he was stuck there, alongside his doting grandfather Abu Naim, as both wound up trapped in an immigration limbo that made it impossible for them to leave. With Muhi’s citizenship unclear, and Abu Naim denied a work permit or visa, the pair reside solely within the constraints of the hospital walls. As the years pass by, the setting becomes a kind of sanctuary for them — or a prison, depending on the day.

Shot over the course of several years, “Muhi” focuses on the progress of the energetic child as he bounds through the hallways of the hospital, his cherubic face and jubilant attitude belying the sad backdrop. Dashing about on prosthetic limbs when not forced to make do with his stumps, Muhi displays a general understanding of his situation but displays none of the complex distress of his elders. The result is an compelling contrast between obliviousness and anxiety that forms a strong allegory for the broader challenges that surround Muhi’s complicated existence — and speaks to the competing emotions embedded in the Israeli-Palestinian conflict itself.

The directors develop the drama around a number of moving scenes in which Muhi’s family processes his unique conundrum. Abu Naim, a gentle soul with a flowing white beard, observes his grandson’s existence with a somber gaze that speaks volumes about the limitations of his world; on the rare occasion when Muni’s mother is granted the opportunity to visit her son, she gently sobs while watching him play alongside other hospital children. A supportive Israeli activist, whose own child died in action, forms a bond with Abu Naim and his grandson that transcends any discernible political bias. Meanwhile, Muhi’s own cultural and religious development unfolds as a fascinating hybrid of the influences around him, and he’s prone to uttering Jewish and Muslim prayers alike. But Muhi never looks confused by these overlapping references; instead, he’s blind to the rationale of favoring one over the other that’s refreshing to watch.

At the same time, “Muhi” is also a testament to the hardships that exist beyond the limitations of the child’s world, including one utterly devastating twist involving another member of the family that arrives halfway through. No matter how much Muhi’s family goes out of their way to make his situation work, nothing can shield them from the broader problems that endanger their daily existence. It’s a challenge they talk through more than once. At one point, Abu Naim finds himself engaged in dialogue with his relatives about the tenuous relationship he enjoys with Israeli brethren. “The Jews say there’s always hope,” he says. The cynical reply: “Precisely.”

While “Muhi” develops a remarkable window into its main character’s predicament, it doesn’t push beyond the limitations of its classically cinema verite approach, and the assemblage of scenes from the hospital and beyond fall short of crystallizing into a complete analysis of Muhi’s situation. The story exists entirely within the confines of the family, with only a few peripheral hospital characters to complicate the scenario. As a result, “Muhi” gives voice to the family’s unorthodox situation, but falls short of contextualizing the broader disconnect between Israeli and Palestinian societies that mandates his situation. In most cases, Abu Naim is left to describe off-screen events involving his contemptuous interactions with doctors and immigration officials, keeping the movie entirely within the confines of his frustrations. He’s a compelling figure, but can only take the material so far on his own.

Still, there are more than enough substantial exchanges in “Muhi” for the movie to effectively address the resilience of people thrust into a horrendous situation and forced to make it work. It avoids heavy-handed attempts to transform Muhi’s situation in a sweeping call for peace. Instead, Muni’s story is a keen illustration of an experiential disconnect that afflicts one unwitting victim of the Israeli-Palestinian conflict. Muhi only cries once in the film, at a key transitional moment in the story. As words fail him, it’s hard to tell if he simply doesn’t comprehend the tumultuous circumstances surrounding him — or understands them all too well.