Sister Cathy Cesnick’s Baltimore murder has been unsolved since the 1970s. 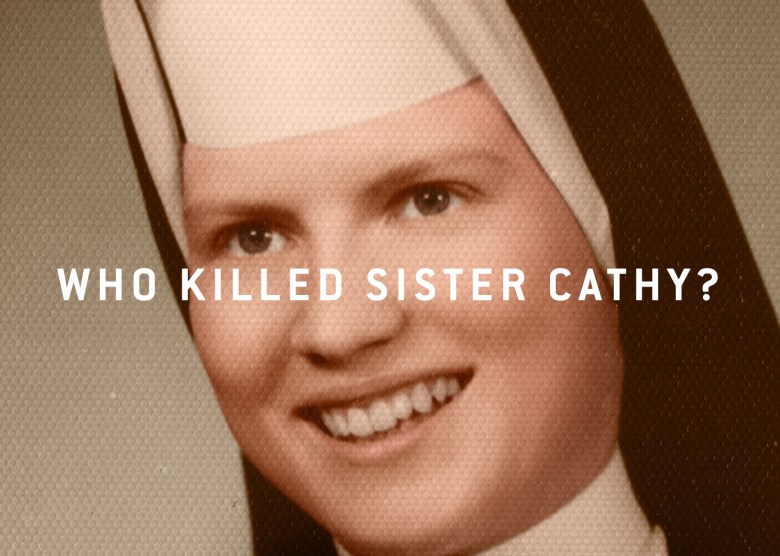 For those wanting another true crime obsession on your TV, Netflix is obliged to deliver.

The streaming service that brought you “Making a Murder” is now tackling the cold-case murder of a 26-year-old Baltimore nun who was found brutally murdered a couple months after she went missing in November 1969. The case potentially involves sexual abuse, a massive cover-up, and the Catholic Church.

Here’s Netflix’s full description and a look at the poster for the series:

From director Ryan White (“The Case Against 8,” “Good Ol’ Freda”) comes “The Keepers,” a riveting seven-part documentary series about the unsolved murder of a Baltimore nun and the horrific secrets and pain that linger nearly five decades after her death.

The series opens with the story of Sister Cathy Cesnik, a beloved nun and Catholic high school teacher in Baltimore who went missing on Nov. 7, 1969. Nearly two months later, her body was found – and, to this day, her murder remains unsolved.

The case returned to the spotlight in the 1990s when one of Sister Cathy’s former students – a woman only known as “Jane Doe” – came forward to share her experience of horrendous sexual abuse by the high school’s chaplain. Incredibly, “Jane Doe” revealed she was also taken to Sister Cathy’s undiscovered body and told, “See what happens when you say bad things about people.” Despite this and testimony from other victims and witnesses of abuse, no one was held accountable, and the story was largely unreported outside of Baltimore.

Through conversations with dozens of friends, relatives, journalists, government officials and Baltimore citizens determined to uncover the truth, White pieces together a story that goes beyond the death of a beloved Catholic schoolteacher to encompass clergy abuse, repressed memories and government and religious institutions that he says “at best, dropped the ball over the last 45 years – and, at worst, covered it up.” The seven-part docuseries “The Keepers” will be released on May 19 on Netflix.

This Article is related to: Television and tagged Netflix, The Keepers