When you use white people foundation on dark skin, the results are horrifying. 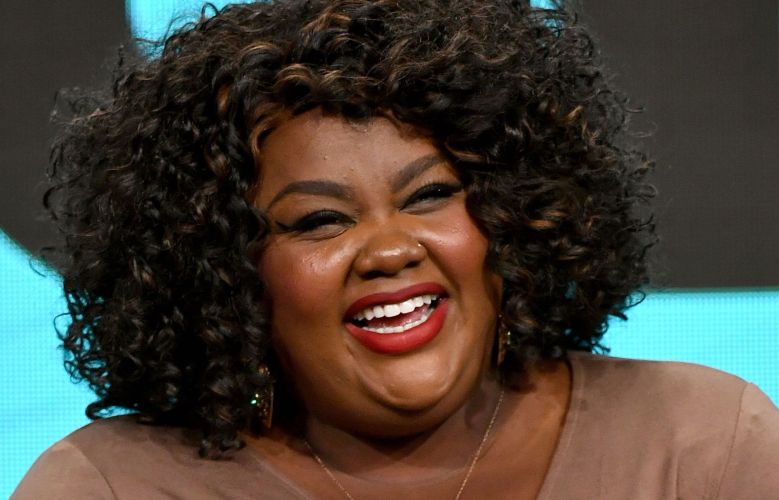 More specifically, don’t mess it up by using the entirely wrong color palette, one meant for white skin, on her darker skin. In a Lenny Letter essay the comedian wrote titled, “Makeup Artists Need to Get It Together for Actors of Color,” Byer weighs in on one of her pet peeves as an actress.

READ MORE: Why Diversity in the Entertainment Business Will Save Us From Stupid, Offensive Mistakes

Things I’ve looked like after getting my makeup done by “professional makeup artists”:

…This is about how makeup artists on set FUCK UP my beautiful black face.

I remember my first job where I was getting paid in more than thank-yous and snacks. It was a truly wild ice-cream commercial shot in Romania (please YouTube it: “Nestle Fairy Nicole Byer”). I remember getting my makeup done and looking in the mirror and having to resist clutching my pearls and screaming. The woman had somehow covered my face in a grayish-brown color and given me bright-blue eye shadow that looked as if it she were trying to bring the sky inside and put it on my face. In short, I looked truly insane.

When we showed the director, he was confused as to why I didn’t look like I did on my audition tape. I then had to walk the sweet makeup artists through how I do my makeup, using my own products that I had brought with me (thank God I had them). On the shoot days, I did the base, and she would do the extras … glitter, blush, and lashes. At this job, I didn’t mind that the artist was working with an incomplete kit, because (A) It was my first job, and (B) I saw one black person in Romania, and he was at the airport, leaving. So I get why there was a lack of knowledge. But I was very naïve, because I quickly learned that this is basically the standard in America, too.

She also points out that inclusion isn’t just about casting people of color in TV or movies; it’s also about creating and learning to use products tailored for their specific needs. While Byer rightfully calls out makeup artists, since this is their craft, finding makeup for people of color is an issue that goes beyond the confines of Hollywood.

Many women of color — ranging from olive or tan to the darker browns — have had problems finding the right makeup to match their skin tone. The foundation will just sit on top of their skin instead of blending with it, creating a grayish or kabuki-like effect.

It is a privilege to go to ANY makeup counter and/or drugstore you want and be able to find your shade. Over the years, it has gotten better for people of color, but it’s not enough. It’s incredible that EVERY SINGLE makeup line on the market has a million shades for white people, from ivory to light sand and everything in between, whereas some lines have one or two or ZERO shades for people of color. It’s fucking gross and rude. It’s also just something I’ve become used to.

But it’s not all bad. Some makeup brands are better than others. This may sound like a commercial for them, but I love MAC Cosmetics. I love the quality, but that aside, I like that they have my shade and also darker shades of makeup. Female, male, and trans friends of all shades work there, representing all the colors they sell. That, to me, is beautiful. I realize that other companies do it, too, but MAC stands out to me. Sephora is also a great resource — its branded line goes pretty dark. Also, don’t sleep on Fashion Fair. If I remember correctly, they start at a deep olive and have like 15 shades that go to like super-dark onyx. Also, just this year, Dior launched darker shades. Black Radiance and Black Opal also are decent drugstore brands that cater to people of color (but I’ve only seen them in Harlem or other heavily black areas, which is kinda shitty).

The full essay can be read in the latest edition of Lenny Letter. Byer is an Upright Citizen Brigade alum that has starred in the short-lived comes “Loosely Exactly Nicole” on MTV and appeared in “Mike and Dave Need Wedding Dates,” “Transparent” and “BoJack Horseman.”

This Article is related to: Television and tagged Diversity, Nicole Byer