In a chat with Dustin Hoffman, the star of his upcoming "The Meyerowitz Stories," the filmmaker opened up about his past and his process. 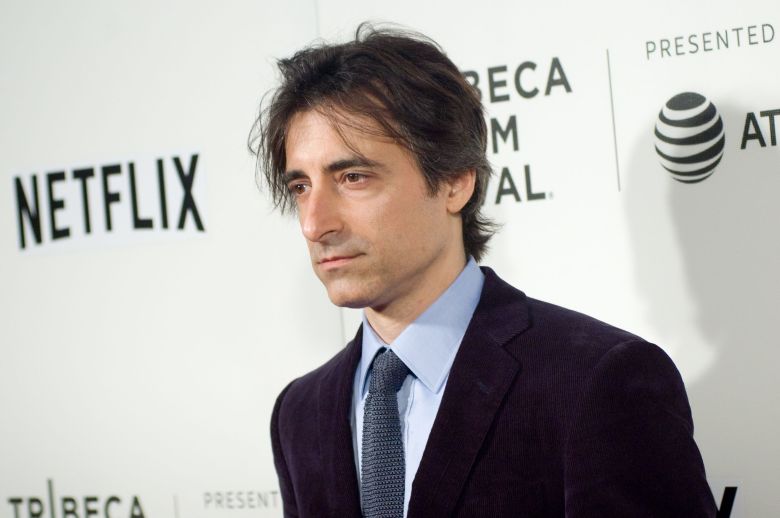 The Tribeca Film Festival has long boasted hot-ticket events under their “Tribeca Talks” banner, and last night’s hour-long discussion between filmmaker Noah Baumbach and his newly-minted star Dustin Hoffman (who leads the star-studded cast of Baumbach’s next film, the Cannes competitor “The Meyerowitz Stories”) was another insightful entry into one of their best series.

The pair took the stage at New York City’s own BMCC Tribeca Performing Arts Center to chat about Baumbach’s life and work, and the surprising ways in which he’s changed and evolved as a filmmaker during his two-decade-long career. Her are the best bits (not including a small, but hilarious aside about how Baumbach initially bonded with fellow filmmaker Wes Anderson because they had the same notebook, the kind of detail even those two couldn’t make up).

1. His Childhood Home Was a Movie Set

Movies have always been in Baumbach’s blood — his parents are novelist and film critic Jonathan Baumbach and “Village Voice” critic Georgia Brown — but he got some hands-on experience early in his life, when his childhood home became the set of Mike Nichols’ “Heartburn.”

“They had scouted our house in Brooklyn, in Park Slope, and they ended up choosing the house, which was so thrilling for our family back then,” he said. “Now that I’ve made movies, the idea of having a movie shot in your house sounds horrible. At the time, it was like being in a movie.”

The filmmaker joked that, if you watch the film closely enough, you’ll see Baumbach family photos in the background.

2. “Mr. Jealousy” Was His Hardest Film to Make

Hoffman didn’t lob many softballs at Baumbach, and asked the filmmaker very early on to name the most difficult film to make in his repertoire. Baumbach responded instantly: “Mr. Jealousy,” his Eric Stoltz-starring second feature from 1997. Baumbach attributes the relative ease of making his first film, “Kicking and Screaming,” to first-time bluster and confidence. He didn’t feel that way about his second film, a winky rom-com about a jealous boyfriend that wasn’t as shaggy and lived-in as his first outing.

“I think there was kind of a built-in self-conciousness going into the second movie, that I think I struggled on that one,” he said. “The first movie kind of had this hang-out quality, which I really was actually truer to me than maybe I even let on. The second one, I was trying to do something more structured and almost more traditional, and I think it wasn’t as personal.”

He added, “I just wasn’t as in control of the material.”

3. He’s Grown to Love Structure in His Stories

“I think when I was younger, I relied more on letting the characters dictate how the story was going to shape itself,” Baumbach said. “More recently, or maybe in the last few years, I like to know more. I actually like to more when I start writing than I used to.”

Hoffman asked him to clarify that “more,” which Baumbach classified as, “Like where I’m going with it, like what the structure might be, what would be a good structure.” Baumbach’s growing affection for narrative structure — something he admitted he struggled with on “Mr. Jealousy” — has been a recent trend, one he attributes to his newer works alongside partner Greta Gerwig.

“I think it really started a lot on ‘Frances Ha,'” he said. “Greta and I had come up with a lot of character stuff, but I felt like before we could really get into the writing, before I could see the movie more, I needed to know a structure better. It was coming up with her moving, figuring out where she was going to live, that each sort of chapter would be a different location, a different home, or a different way station for the character.”

4. He’s a Stickler for the Written Word

As open to some changes as Baumbach seems to be, he’s still a stickler for the words he puts on the page. Hoffman testified to that.

“When we worked together, it was only the second time in 50 years that I worked where a director wanted me to say every. single. word. that was on the page,” Hoffman said. “And the last time that happened, it was ‘The Graduate.’ The script supervisor would come up to me after the take and say, ‘That’s not a period, those are three dots.’ And your script supervisor did the same fuckin’ thing.”

Hoffman even ribbed the filmmaker for being guilty of saying his own lines incorrectly, too.

“He’d say I did the wrong line, he’d give me the right line, which was, again, not the right line,” the actor joked. Baumbach chuckled, but couldn’t argue.

5. He’s Still Figuring Out the Mechanics of His Style

Hoffman also spoke at length about one of the mechanics of Baumbach’s style — an often-moving camera that can be murder on actors. While that’s long been a hallmark of Baumbach’s work, it’s another piece of the filmmaking puzzle he’s still working out. “The Meyerowitz Stories” offered him a new chance to refine it further.

“On the new one, I felt like I kind of figured that out the best I’ve figured it out so far,” Baumbach said. “That the movement and the storytelling, I felt like I’d kind of broke through something that I’ve been trying the last few movies to figure it out. The second half of ‘Mistress America’ has a lot of moving, and almost an old, screwball comedy kind of set, with people going in and out. ‘Frances’ has some of that, too.” He aded, “But I felt on this one that Robbie Ryan, the DP, and I kind of cracked something. I think it was helpful, because he hadn’t worked this way before, so I kind of was describing what I wanted, but I think kind of having an outside eye on what I was trying to do opened up what I did do on this movie.”

6. He Credits His Work with Greta Gerwig for Broadening His Work

It’s that “outside eye” that keeps Baumbach and his work fresh, and when Hoffman asked for the filmmaker to elaborate on his partnership with Gerwig, he hailed the actress and screenwriter (and soon-to-be director) with forcing him outside of himself.

“Sort of similarly to the way I was describing the work with Robbie, I think working with Greta kind of broadened and opened a lot of stuff up to me,” he said. “Things that I had wanted to do, and maybe just hadn’t cracked and hadn’t gotten outside myself enough to be able to see.”

Baumbach further nodded to his hero and friend Brian De Palma as an example of a filmmaker who was able to carve out a singular career by both writing his own material and lensing other people’s scripts. Baumbach isn’t going to go that far, however, but he respects the idea behind it.

“He talks about the importance of having to get outside himself and kind of interpret something else and work in a different kind of way,” Baumbach said. “I don’t do that, I don’t take other people’s scripts and make them, but I do think about that in my own work. I need to do that for myself and find a way to almost provide that kind of outside experience.”

7. Nobody Wanted to Make “The Squid and the Whale”

Baumbach struggled to make his third feature film, the deeply personal and semi-autobiographical divorce drama “The Squid and the Whale,” spending the eight years between films on what he deemed “kind of [a] walkabout.” While Baumbach still created during that period — he made the film “Highball” under a pseudonym, dabbled in shorts and started writing scripts for Wes Anderson — he was still stuck on making what would become his Jeff Daniels- and Jesse Eisenberg-starring family dramedy. “The Squid and the Whale”

Too bad no one wanted to make it.

As Hoffman reminded Baumbach, however, it did work out for the best — the film’s script earned him his first (and currently only) Oscar nomination.

“The Meyerowitz Stories” will premiere at Cannes next month. Netflix will release it online and in a select group of theaters later this year.