The duo offer up some necessary wisdom about failure, questioning everything, and being your own worst critic at a BAFTA lecture. 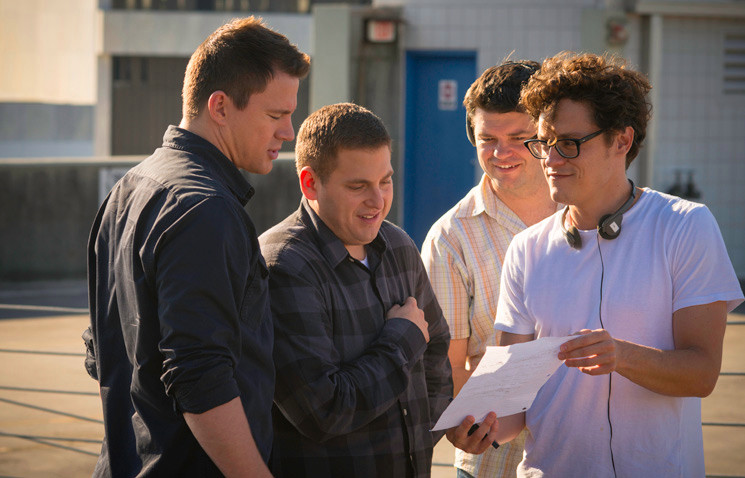 “Lego Movie” masterminds Phil Lord and Chris Miller think it’s nuts to offer advice via the esteemed BAFTA’s Screenwriters’ Lecture master class. “If anyone calls themselves a ‘master screenwriter,'” Lord told the London audience last October, “they are about to write a terrible screenplay.”

Nevertheless, Lord and Miller persisted; after writing and producing together for 20 years, including the upcoming Han Solo origin story, they had plenty to say. BAFTA has just made their nearly 90-minute video available to the public, glitchy graphics and all, and it makes for some very funny viewing (not to be missed: their short that “was not educational enough” for Disney, which attempted to teach children about the Brontë sisters using Victorian era-inspired action figures). It’s also educational — some might even say, masterful.

Here’s 10 of the best bits of advice from Lord and Miller.

“You want a lot of white space on the page,” Lord said. “These people reading scripts, they’re reading sometimes five in a weekend. You want them to read it in 40 minutes. The reading experience is very important.”

2. The audience tells the story.

What Lord calls “essential” about the screenwriting process is it allows the audience to figure out the story on their own. The writer’s job is to set things up, and to do it in such a way that the people watching the film can create meaning out of it.

Really! Anyone! They run through their own “history of personal failures” to illustrate this point, and stress that there is no definitively correct way to be a screenwriter; just because something works for them does not mean it will work for everyone. Which brings them to their next point…

It’s true. Everyone fails, even the directors of “The Lego Movie.” The bad ideas, Lord insists, will make way for the good ones. “You need to make things and not be so precious about whether they’re any good or not,” he says. “Because I have a secret for you, they’re not good. They’re flawed, and you need to find out what the flaws are as fast as possible.” 5. There is no overnight success.

Lord and Miller were behind a string of canceled sitcoms (“Clone High” plays a pretty pivotal role in their lecture, for all the OG fans), and were initially fired from “Cloudy With a Chance of Meatballs.” So, yeah, they sort of know what they’re talking about with this one.

6. Listen to other people.

This, they say, was important in making “Cloudy” into a real-life movie that actually worked. They talk about how it was difficult to stand by while their work was critiqued and picked apart, but that process highlighted many of their story’s shortcomings and showed ways it could be better.

7. A movie is about a relationship.

In the earliest stages of “Cloudy,” it lacked the connection between two characters that could ground it. The film only came together when the team decided to make it about the strain between Flint Lockwood and his father. “Movies are not about a person; they’re about a relationship. All of them are about a relationship,” Miller said. “There’s some central relationship in every movie, and that’s what stories are.”

8. Make everything you do your own.

Although initially resistant to making a father-son relationship the emotional core of “Cloudy,” they knew there was merit in well-worn territory, and there was a way to add their own touch to it.

“The reason why it’s overused is because it’s really elemental,” Miller says. “Parent-child relationships are an experience that everyone has, that’s happened throughout human history.”

Lord adds, “One of the things that has proven true in our career is that even if you take something that’s as straightforward and classic as a father-son story, you can express it in a way that’s totally unique to you.”

9. Question every scene and character.

“Once we get into these scenes, we’re asking ourselves a million questions,” Miller says. “‘Is this scene necessary? Does the story work without it? Is there a way to tell this story more efficiently?'”

“‘I wish I liked this character more,'” Lord says. “‘I feel like this is a stock move, is there something more specific? Could we observe something about somebody that we know?'”

They use an episode of “Cheers,” where Cliff Clavin goes on “Jeopardy,” as a good test of how to ask yourself those questions.

“What would this character do if they were on a quiz show?” Miller asks. “If you have a character and you’re like, ‘Oh, they’d be pretty good, they’d get some answers right, they probably wouldn’t cause any trouble,’ then you don’t have a specific character that’s specific enough.”

Or, as they say more succinctly, “Hate yourself.” They emphasize that no one else is going to care about your own work as much as you do.

This Article is related to: Film and tagged BAFTA, Phil Lord and Chris Miller