Three of the four movies in Pixar's upcoming slate are sequels to beloved properties. The company's founder has a message for fans: Don't be alarmed. 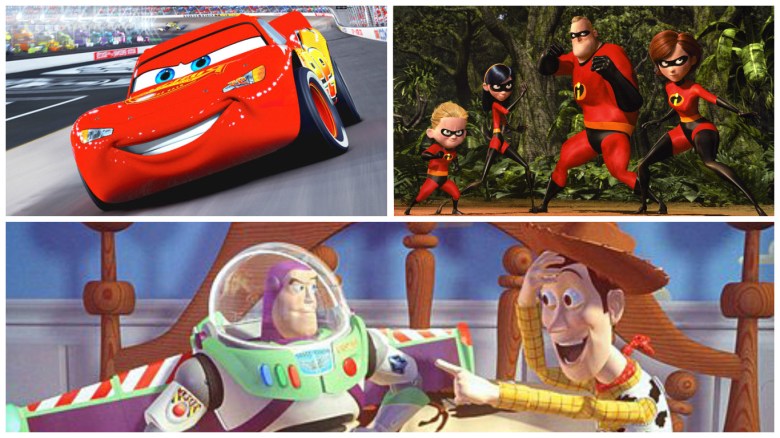 However, one major development has stood out in Pixar’s post-Disney life: Sequels. Prior to the Disney acquisition, Pixar had only produced one sequel to its treasured slate — “Toy Story 2,” which didn’t tarnish the brand — but it has made four sequels since the acquisition (“Toy Story 3,” “Cars 2,” “Monsters University” and “Finding Dory”). What’s more, three of the four Pixar movies slated to be released in the next two years are sequels: “Cars 3” in 2017, “The Incredibles 2” in 2018 and “Toy Story 4” in 2019. For anyone who has treasured Pixar’s original storytelling as a contrast to formulaic Hollywood franchises, this may be cause for concern.

But Pixar’s top management team isn’t sweating it. At the inaugural Creativity Summit at the SF International Film Festival on Saturday, Pixar co-founder and current Disney animation director Edmund Catmull delivered a “State of the Cinema” address, and then joined several longtime Pixar staffers for a panel discussion about the company’s work ethic. During the Q&A, the company’s approach to sequels came up, and the panelists didn’t hesitate to acknowledge that the bulk of its upcoming slate was heavy with followups.

“I wish we were good enough to be able to spread them out,” say Lindsey Collins, a producer and vice president of development and new media at the studio. “The only reason they look like they’re clumped is because we can’t predict how they come together. It’s pathetic, actually, that we can’t do this better, but we really can’t. If we were better at it, we’d be spreading things out — original, original, sequel — but the reality becomes sequel, sequel, original, original and we just kind of have to go with it.”

Catmull added that the company has developed an internal philosophy about the rationale behind any sequel it chooses to produce. “Since they’re easier to market, and therefore you will likely make more money, there is a temptation to do just that,” he said. “If you went down that path, that’s the bankruptcy. The fact is that there are people who want to make those sequels because they’re passionate about those worlds. If you swing to one side, you can become creatively bankrupt. If you swing to the side where you ignore them, you can actually make yourself bankrupt.”

The audience laughed. “So what is the balance?” Catmull said. “And there is a fuzzy kind of balance. There is no exact science to all of this. But if you look at ‘Toy Story 2’ and ‘Toy Story 3,’ then it’s clear that this was really incredible art. There are sequels out there from other unnamed companies that…they’re not inherently bad, but there’s something about them that’s lazy.”

In his State of the Cinema address, Catmull talked about the early measures he took with co-founder John Lasseter to ensure Pixar’s creative freedom after the Disney acquisition. “The first thing [we did] when Disney acquired Pixar is that we had to make sure the board didn’t come in and accidentally roll over things,” Catmull said. “We entered into a five-year contract to make sure that didn’t happen. We are now 11 years into the five-year contract. So Disney has completely honored everything about that relationship. All the problems we’ve had are of our own making.”

READ MORE: Pixar Vows to Get Back to Original Features (After a Few More Sequels) Meanwhile, both Catmull and Lasseter have taken on leading roles at Disney animation — Catmull as president and Lasseter as chief creative officer, roles they also play at Pixar — and Catmull noted that it was no easy task to improve the quality of films being produced at the bigger studio. “They’d been failing for 17 years,” Catmull said. “We got together to form a brain trust. It took two years to get that group to function well. We had to change the way of protecting front-end creative and we had to overcome the mindset of production, which is to have a perfect process. The goal was to have a well-oiled machine that could make mistakes. It took four years for the whole thing to come together.”

Catmull noted that the first three Disney films released after the Pixar acquisition — “Meet the Robinsons,” “Bolt” and “The Princess and the Frog” — were not commercial successes. That changed with the release of “Tangled” in 2010, and entered a whole new level when “Frozen” came out in 2013.

Still, he said that Pixar and Disney continue to respect a separation of church and state. “We want different personalities, different technologies, different stories,” he said. “The two groups like each other, we share information. We just don’t bail each other out when we get in trouble, which is every film.”