Does the maligned trilogy finally have the high ground? 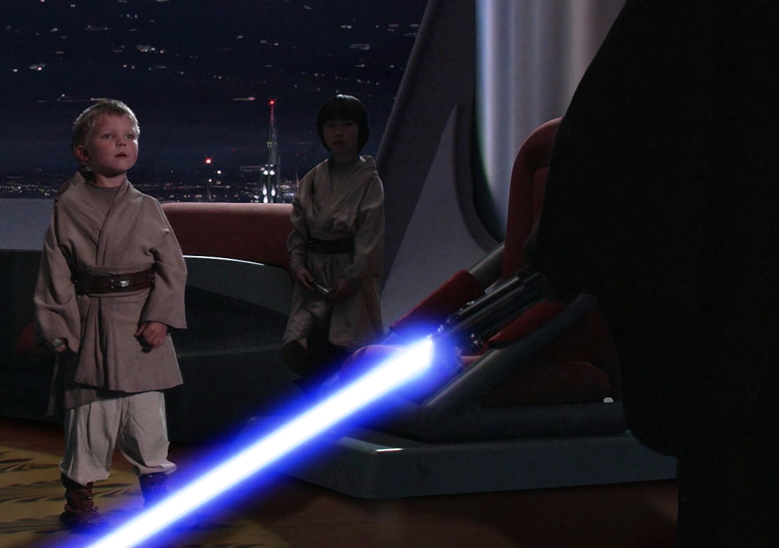 Well, whaddya know: The internet doesn’t hate the “Star Wars” prequels as much as it used to. At the forefront of this apparent reappraisal is, of course, a never-ending barrage of memes emanating from the r/PrequelMemes subreddit, whose numbers have grown more in the last few months than Jango Fett’s did in the lead-up to the Clone Wars.

In addition to being frequently hilarious, this phenomenon raises a question: Are people joining in on the fun because they already love Episodes I–III, or are the memes actually inspiring them to go a little easier on the once-loathed prequels?

The answer is probably a mixture of both, but allow me to make a case for the latter effect. Shortly before “The Force Awakens” came out, I did what I imagine many others did: watched all six existing “Star Wars” movies in order. I hadn’t seen any of them in years, and was never quite obsessed enough with the original trilogy to feel personally offended when “midi-chlorian” was introduced to the lexicon. (I also prefer “Jedi” to “Empire,” though, so what do I know?) Our senate isn’t the only one with problems.

My view of the first two prequels lessened in the following years, though “Revenge of the Sith” made for a poignant conclusion. Rewatching all three before “The Force Awakens” did little to sway my opinion of them in either direction, but these ridiculous memes have — the movies now seem endearing where before they mostly felt ill-advised.

It’s worth wondering, all these years later, how many viewers were young and impressionable enough at the time to both enjoy the prequels and be so influenced by their negative reception as to conflate the general consensus with their own opinions. Once it became received wisdom that “The Phantom Menace” and “Attack of the Clones” in particular were terrible, they never recovered. If we can reasonably assume that most of the folks on r/PrequelMemes are dudes in their 20s, as general reddit demographics suggest they are, then my experience may well be closer to the rule than the exception.

Most of these memes point out of the movies’ ridiculousness, of course — one of the funniest pits Anakin’s hatred of sand against his love of Padme — but do so in an affectionate way. It becomes difficult, after a while, not to develop a soft spot for these goofy films when so many people are express their fondness for them in increasingly outlandish ways. There’s a good deal of irony thrown in, as there is for similar communities devoted to Nicolas Cage and Brendan Fraser, but it’s the underlying affection that shines through. (Contempt for the sequels is another key component: All non-prequels are to r/PrequelMemes as the Sith are to the Jedi, a dark force that must be eradicated.)

Is it possible to learn this power?

The subreddit is also rapidly expanding. It currently boasts some 181,000 subscribers, having just reached the 100,000 milestone on March 11; it didn’t even hit 1,000 until January 10. As it’s grown, it’s also become increasingly self-aware and -referential: Popular posts refer not only to the prequels’ supremacy but, indeed, to the subreddit’s prominence.

They occasionally show heart, too. One of the most popular submissions of the last month, currently sitting pretty at 23,000 upvotes, is a simple directive: “Please do not harass Hayden Christensen at the Star Wars celebration.” Posted by one of the subreddit’s moderators, the call for decency was met with agreement and any number of good-natured, prequel-referencing jokes (“What you’re saying is we should all take the high ground?”) on the eve of the former Anakin Skywalker’s first appearance at such an event in 15 years.

Older devotees seem to have recovered from the damage done by the supposedly childhood-destroying prequels, while younger fans who were first exposed to “Star Wars” via Episodes I–III are now less reluctant to admit their love for pod-racing and Jar Jar Binks. (Okay, maybe not Jar Jar.) Not that subscribers would ever admit it, but this is surely thanks in part to “The Force Awakens” and “Rogue One,” both of which have been exceptionally well received and, in the eyes of many, restored balance to the franchise: Now that “Star Wars” is good again, it’s easier to appreciate the misbegotten trilogy in its own right. These three movies are like the series’ awkward teenage years, the lovable losers of a saga that’s gotten some much-needed victories since its reawakening.

This development is a surprise, to be sure, but a welcome one: If Anakin’s downfall taught us anything, it’s that hatred does indeed lead to suffering. As much was evident at the Star Wars Celebration, where Christensen not only wasn’t harassed upon making his entrance — he received a standing ovation. If Lord Vader himself has been forgiven, then perhaps it’s time the prequels are, too?

This Article is related to: Film and tagged Hayden Christensen, Star Wars