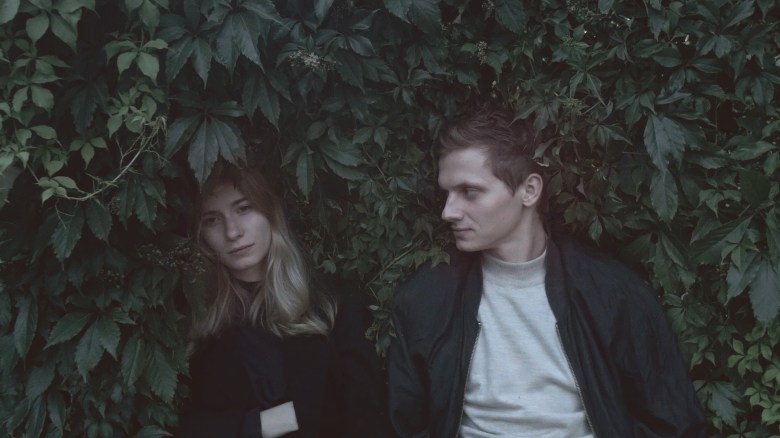 “All These Sleepless Nights”

It would be reductive and unfair to say that Michal Marczak’s “All These Sleepless Nights” is the film that Terrence Malick has been trying to make for the last 10 years, but it certainly feels that way while you’re watching it. A mesmeric, free-floating odyssey that wends its way through a hazy year in the molten lives of two Polish twentysomethings, this unclassifiable wonder obscures the divide between fiction and documentary until the distinction is ultimately irrelevant, using the raw material of real life to create a richer story of drift and becoming than “Song to Song” could ever manufacture from oblivious celebrities trying to find their characters between the notes.

Unfolding like a plotless reality show that was shot by Emmanuel Lubezki, this lucid dream of a movie paints an unmoored portrait of a city in the throes of an orgastic reawakening. From the opening images of fireworks exploding over downtown Warsaw, to the stunning final glimpse of Marczak’s main subject — Krzysztof Baginski (playing himself, as everyone does), who looks and moves like a young Baryshnikov — twirling between an endless row of stopped cars during the middle of a massive traffic jam, the film is high on the spirit of liberation.

But freedom, we remember, can be its own ball and chain; there’s nothing more constricting than the potential for infinite possibility.

Fresh off a bad breakup, Krzysztof and his best friend Michal move in together and pledge to live their lives to the limit, but neither one of them has the foggiest idea of where that limit might be, or what it might look like. They bump around the city like excited molecules, attaching and detaching from each other (and a revolving door of perfectly elusive girls) at random as though guided by a chemistry they can’t understand. They could be mistaken for frat bros, or for the sociopathic killers from “Funny Games” (or both?), but neither of them can shake their sensitivity and the strange grace that comes along with it.

In a voiceover that feels lifted from an early Wong Kar-Wai film, Krzysztof reduces life to its raw data, theorizing that people spend seven months having sex before they die, 51 days of figuring out what to wear, and so on. Surveying the whole of Warsaw through the floor-to-ceiling windows of a posh high-rise apartment, he concludes that he’ll spend 700 days waiting for something to happen.

The movie may not have much of a story, but by the time it’s over (some 100 minutes and nearly as many EDM house parties later), enough our hedonistic hero will have wised up just enough to begin questioning his logic. If you spend 700 days waiting for something to happen, how many days do you spend remembering that something did? More than just a hypnotically hyper-real distillation of what it means to be young, “All These Sleepless Nights” is a haunted vision of what it means to have been young.

READ MORE: The Director Of ‘All These Sleepless Nights’ Doesn’t Care If You Believe His Film is Non-Fiction

Marczak, whose 2012 breakthrough “Fuck for Forest” had a similarly uncertain relationship with reality, has little interest in re-litigating the rules of documentary cinema. He prefers instead to define his own terms, namely “Renaissance Bump,” the definition of which appears on screen at the start of the film: “The tendency for our minds to hold onto a great number of memories from adolescence and early adulthood than any other period of our lives.”

It doesn’t matter how Marczak found his “cast,” or to what extent he plotted their actions. It hardly even matters who Krzysztof and Michal really are, as they each serve a symbolic function and readily admit to performing themselves for their camera (which floats around them on the ingenious lightweight rig that Marczak engineered for the purpose, dancing with its subjects as though every move were choreographed in advance). What matters is how fluidly “All These Sleepless Nights” transmutes life into memory, how it creates a unique fugue state — too real to be faked, and too faked to be real — in which the way Krzysztof experiences his present becomes identical to the way we remember our pasts. “All These Sleepless Nights”

At one point, Krzysztof is introduced to a bright-eyed blonde girl who has a serious Greta Gerwig thing going on — her name is Eva, she’s Michal’s ex (and, uh, Marczak’s, too), and she rolls right into him. Their romance is the film’s most tightly woven thread, full of those little perfect moments that Krzysztof knows he’ll always have with him. But then Eva vanishes, like she’s slipped into the dark recesses of his mind; Krzysztof knows how their breakup went down, but he’ll forget one day. He might even forget the lonely tedium that followed, how isolated it was the first time he felt life slipping through his fingers.

Marczak is willing to slow things down and let them grow monotonous, and it can be enervating to sit through the later stretches, but the movie ends just when it starts to seem as though it might go on forever.

It’s interesting that Krzysztof and his friends, millennials to the marrow, are virtually never seen taking pictures, or selfies, or otherwise trying to catch time in a bottle. Maybe Marczak instructed them not to, or maybe they were simply set free by the fact that he was capturing their glory days better than they ever could themselves. There’s only one exception, and that’s when Krzysztof and Eva are left to document their affair. It isn’t clear if they’re using one of their iPhones, or if Marczak gave them a camcorder, or whatever, but they get naked and shoot grainy home video of their perfect bodies and the perfect time they spent entwining them together.

But, even in the privacy of their own bliss, Krzysztof and Eva soon descend into a game of role play — explicitly sexual but also exceedingly quaint, it’s more evocative of French New Wave theatricality than the social media exhibitionism we’ve come to expect. Even at the height of their happiness, they’re less interested in being themselves than becoming something else. Among its many other virtues, “All These Sleepless Nights” is the rare film that knows the bittersweet pleasure of remaining in progress.

And Marczak never forgets that. This is a movie of moments, of snippets instead of scenes, of flashbulb memories strung over the void like Christmas lights. EDM music bleeds it all together, a single song bridging together three different parties so that it’s hard to tell where one night begins and another ends (the sun is always minutes away from rising). That shapelessness gives way to a certain melancholy, as the need for meaning intensifies just as these kids start to realize that memories will be the only lasting souvenirs from their search.

“All These Sleepless Nights” is now in theaters in Los Angeles and San Francisco. It opens in New York on April 14.

This Article is related to: Film and tagged All These Sleepless Nights, Reviews, Terrence Malick