From Kylo Ren to Admiral Ackbar, no one is safe in the hilarious new video. 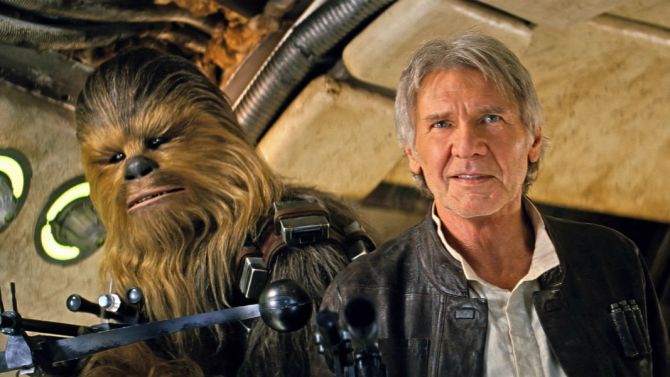 “Star Wars,” in all its glory and popularity, has always been a fun target for parodies, from “Spaceballs” to “Family Guy.” Now, the YouTube channel “Bad Lip Reading” is at it again, replacing original dialogue from “The Force Awakens” to create hilarious conversations in their newest video, which you can watch below. Oh yeah, and Mark Hamill provides the voice for Han Solo, perfectly channeling his inner Harrison Ford.

READ MORE: Why ‘Rogue One’ Aimed To Rewrite Droid History With the Brassy K-2SO

Coming off the recent (and annoyingly catchy) Yoda “Seagulls” song, “Bad Lip Reading” creates hilarious scenarios where BB-8 can speak, Kylo Ren reaches new levels of creepy, and Leia can’t seem to make much sense at all. Rey and Finn are also subject to the alternate dialogue, with Jessica DiCicco (“Adventure Time”) voicing the former.

“Bad Lip Reading” has redubbed other Star Wars films in the past, such as “A New Hope” and “Return of the Jedi.” You can check out their channel here.

READ MORE: Star Wars Celebration: What Other Studios And Festivals Can Learn About Balancing Art And Fan Service

The video will be sure to hold fans over for another week, until Star Wars Celebration begins in Orlando, Florida on April 13, where the much-anticipated trailer for “The Last Jedi” may potentially be revealed. Episode VIII will be released later this year, with much of the cast featured in the featured video reprising their roles for the second film in Disney’s new trilogy.